Lord of all they survey: Morrison government puts public school students in their place. Image: Unsplash

The Morrison Government has abandoned public education and is blatantly favouring private schools with special billion-dollar funding deals over the next decade. They will ensure that the existing resource gap between public and private schools will widen dramatically.

The massive funding bias coincides with continuing huge gaps in achievement between rich and poor. The latest PISA international tests show that low socio-economic status and Indigenous students are two to three years or more behind their high socio-economic status peers. There has been virtually no change in the gaps since 2006.

A critical factor behind this social inequity is that government funding increases have not been fully targeted at need. Since 2009, after adjusting for inflation, recurrent funding per student by the Commonwealth and state governments increased by 25% for Independent schools, 21% for Catholic schools and just 3% for public schools. Recurrent funding includes funding for teachers’ salaries, maintenance of school buildings and so on.

With its blatant favouritism, the Morrison Government has completed the demolition of the Gonski funding model that began with the Abbott and Turnbull governments. Those governments ditched the large funding increase for 2018 and 2019 that was planned under the original Gonski funding model, an increase that would have mainly benefitted public schools.

Massive funding increases for private schools planned by the Morrison Government to 2029 will exacerbate the disparity. By 2029, Commonwealth funding for Catholic schools per student will be nearly five times that provided for each public school student ($19,732 compared to $4,882). Funding for Independent schools of $13,063 per student will be nearly three times that for public school students. 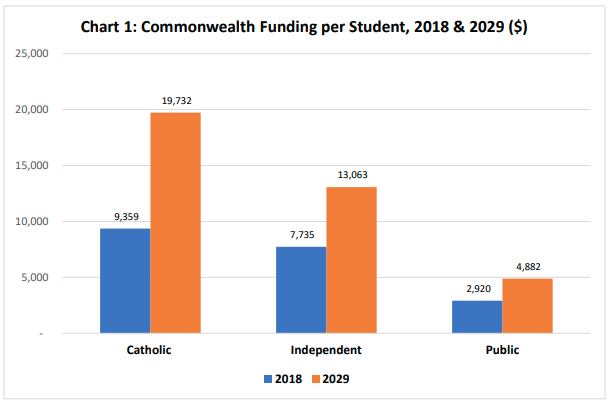 Save Our Schools’ estimates used official data provided by the Department of Education, Skills and Employment. The Morrison Government has introduced special funding deals worth nearly $5 billion over the next decade, but none of this money is available to public schools, only private schools, with a strong bias towards Catholic over Independent schools.

Catholic schools will receive more than 90% of the increase – about $4.5 billion compared to $345 million for Independent schools. Yet this massive boost is not based on need, despite the Morrison Government’s claims to the contrary.

The large part of the increase comes from a new method of funding private schools based on a direct income measure of the capacity of families to contribute. This is worth nearly $3.7 billion for Catholic schools.

Yet, it is fundamentally flawed as a measure of need as I noted last month because it ignores many sources of family income and wealth and a school’s income and wealth. Moreover, the amount of the increase was decided in secret negotiations between the Morrison Government and the Catholic Church before the actual measure of direct income was even decided.

Among the myriad new special deals for private schools that are not available for public schools is a slush fund called the Choice and Affordability Fund worth $1.2 billion over the next 10 years, some $172 million for schools to transition to the new funding method and $46 million for ACT private schools to adjust to higher levels of funding….yes, really! Private schools will also receive an additional $30 million in funding in 2020 for drought and Covid-19 assistance.

Public schools educate about 65% of the nation’s children and more than 80% of disadvantaged students. A new approach to school funding is essential, especially if Australia wants to take part in the knowledge economy, which is going to be more critical than ever in a post-pandemic recovery. 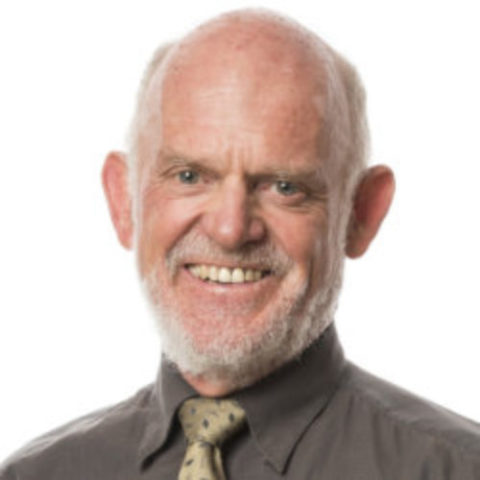