Protecting coastal infrastructures is just the beginning of our battle to survive the rising tide. Freelance journalist, Peter Boyer, who was awarded an OAM for services to conservation and the environment, reports.

RISING OUT of a coastal swamp, medieval Venice became a maritime power with a global reach. Now, that glorious relic of empire is being reclaimed by the sea.

It doesn’t help that the city is sinking – around 25 cm in the past 100 years – but the real problem now is that the sea is rising at a faster rate. For many years, autumn and winter tides have flooded city pavements and buildings; now flooding can happen at any time of year.

On most days of the year Venice accommodates more visitors than residents, testament to the world’s great love of this beautiful city. No-one wants it to disappear, so in 2003, the Italian government launched a massive project to save it.

Construction of flood gates capable of holding back Adriatic tides by closing off the three coastal entrances to the Venetian Lagoon is now well advanced. Dogged by corruption, the massive project is still at least a year from completion and is expected to cost over $A8 billion.

Venice is not alone. The capital cost in today’s currency of works for London’s storm surge protection was $A2.6 billion; for St Petersburg’s, $A4.85 billion; and for the Netherlands’ main North Sea defence project, $A7 billion. Add to that many millions each year in running costs.

#NL (#Amsterdam #Rotterdam) and northern #Germany might be hit very hard by rising sea levels due to #ClimateChange. https://t.co/e4UMHmcjYs pic.twitter.com/DK72YTJQPR

Holding back the sea is very expensive. It happened in these cases because protecting the cities of London, Amsterdam, St Petersburg and Venice was deemed to be worth the effort and the country concerned was rich enough to pay for it.

For most cities, that’s not possible. A report last week by the Potsdam Institute for Climate Impact Research and the Asian Development Bank found that three-quarters of vulnerable coastal cities are to be found around Indonesia, the Philippines and the coasts of East and South Asia.

In Bangkok, Ho Chi Minh City and Jakarta, rising seas, increased river flooding and sinking land have already forced people from their homes. In Jakarta’s case, Indonesia has grasped the folly of spending big on coastal defences and now plans to relocate its capital to a safer place.

Residents of these cities and coastal communities will mostly have to fend for themselves. We are seeing just the beginning of the slowly unfolding saga of rising sea levels, affecting huge numbers of people – as much as half the world’s population – living on or near sea coasts.

Subsistence farmers in Bangladesh, the Mekong delta, Java, Torres Strait, the Solomons and other oceanic islands are already losing homes and livelihoods to the sea – a miserable, dispiriting experience. The resulting refugee crisis will affect our own country.

Australians eventually displaced by rising seas can reasonably expect help in finding new homes and communities. But they won’t give up without a fight. Waterfront property has always been highly prized and comes at a premium price, so stakes for landowners are very high.

That makes for some hard bargaining with land authorities, much of it about protecting existing coastlines and meeting the high cost of coastal protection. In the end a lot of that cost will be carried by individual landowners. They will have to ask themselves, is it worth it?

Chris Sharples is a Tasmanian geomorphologist who has won a national reputation for many years spent studying shorelines’ shape and composition and how a rising sea level will affect them.

Sharples was a key contributor to what I think may be the world’s best tool for understanding the processes affecting our coasts – the CoastAdapt website, now up and running – developed by the National Climate Change Adaptation Research Facility.

Even in times of stable sea level, shorelines can be a moving feast. Sharples is careful to note that some of Australia’s vulnerable coasts have receded and recovered in the past, like Tweed Heads and Old Bar (northern NSW) and Collaroy on Sydney’s Northern Beaches.

But retreat due to higher sea level is becoming clear in many places. In Tasmania these include Ansons Bay, Roches Beach, Pittwater and (irony of ironies) Coal Mines Historic Site on Tasman Peninsula. Others include Port Campbell and Western Port (Victoria) and Nightcliffe (Darwin).

From here it’s only going to get worse. Three independent studies looking at discrepancies between satellite and surface measurements of sea level have just confirmed that sea level is rising at an accelerating rate.

The studies identified an error in satellite measurements of sea level rise in the 1990s which had indicated a flat or even decreasing rate of rise, despite contrary indicators from warming and melting ice. Resolving this was a satisfying scientific outcome, but it’s not good news for the world.

There are some huge uncertainties in projections of future sea level rise, varying from less than a metre by 2100 to more than 2 metres, and much more beyond then. That’s because we don’t know quite how, or at what rate, the big ice sheets in Greenland and Antarctica will decay.

But we can be sure of several things. The sea is now rising by an average of well over 3 millimetres a year and that rate will rise substantially through this century and beyond. Dealing with it will be horribly expensive, and we need to start planning now.

Even more urgently, we have to deal with the cause of all this — the growing amount of greenhouse gases that human activities have put up into the air. The toughest step of all is to stop chattering about meeting targets and to start actually reducing emissions.

The World After Sea-Level Rise. Published by The Daily Conversation 24 January 2017. 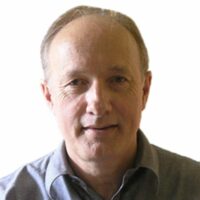 Peter Boyer is a member of Al Gore's Australian Climate Reality since 2006; founder of Climate Tasmania, 2007; current member of Climate Action Hobart; and a freelance writer at The Mercury with a focus on climate change and energy.