Australia has plunged down the global rankings on gender equality. Some 300,000 women older women live in poverty. Emma Dawson writes that the structural discrimination baked into our economic system is still punishing women for being women fifty years after they took up the fight against the patriarchy.

Well over a hundred thousand people turned out to march for women’s equality and safety around the country last month, and the crowds in every city were as diverse as they were angry. There were people of all genders, people of colour, white and First Nations Australians, people with disabilities, students and workers, mothers with their children in prams and professionals on their lunch breaks.

Perhaps the most striking, though, was the vast age range of those in attendance – from babies being pushed in prams, to school girls in uniform, and women of all generations. In the crowd in Canberra, side by side, were two signs that revealed the breadth of women’s wrath: one that said “I’m only 12, and I’m already sick of this shit”, and another with the wearily familiar slogan “I can’t believe I’m still fighting this shit”.

More than one of the older women I spoke to that day said they hadn’t seen a gathering like it in almost 50 years. These were the Australian feminist pioneers who drove so many advances for women during the Whitlam years, including the world’s first adviser on women’s affairs to a head of government, Elizabeth Reid, and other members of the original Canberra Women’s Liberation Group, whose co-founder, renowned author Biff Ward, was one of the speakers to the vast crowd on the lawns of Parliament House.

They were the subject of last year’s documentary, Brazen Hussies, still available to watch on the ABC’s iView platform.

While the focus of the march was women’s safety against harassment and assault, the conversations on the ground were about so much more – the gender pay gap, the need to get more women into parliament, the systemic barriers to career advancement faced by mothers returning to work, the unequal distribution of unpaid work and care, women’s economic insecurity and their greater risk of poverty in older age.

There was a palpable sense of barely contained rage among older women at the march: the first wave feminists who have, indeed, been “fighting this shit” all their adult lives and know that, although they made great strides for women’s rights in their youth, we still have a long way to go before women in Australia are treated equally to men.

Although their anger is focussed outward, and their concern is for the young women they marched with last month, much of my own anger is for them, because too many of these bold, brazen women, now in their 70s and 80s, are living with the reality that the structural discrimination baked in to our economic system is still punishing them for being women, fifty years after they took up the fight against the patriarchy.

Research published by Per Capita last year demonstrated the way in which structural disadvantage and discrimination accumulates across the course of women’s lives, setting them back at every major point of life transition, and resulting in a significantly increased risk of poverty, isolation and homelessness in older age.

Despite the fact that Australian women rank equal first in terms of educational attainment compared to other nations, we begin to fall behind our male peers as soon as we leave school. Our social and economic structures are still predicated on the outdated idea of a male breadwinner, on whom a woman is entirely reliant for her social and economic security.

Despite outperforming boys and young men at school and university, as soon as women start to work we earn less money. Because we take on more unpaid domestic work than our male partners, and the vast majority of the care of young children, we work fewer hours in the paid labour force and interrupt our careers just as men begin to climb the ladder of career advancement.

Women also work in underpaid feminised industries, simply because work traditionally done by women – health care, teaching, human services – is undervalued. We are held back from achieving our full potential outside the home and, because these disadvantages intersect and build upon one another, women ultimately retire into much greater levels of poverty than men in their old age: we are less likely to own a home, have much lower superannuation balances, and are twice as likely to rely solely on the age pension as are men.

Research published in 2016 showed that 34% of single women over 60 in Australia live in permanent income poverty, compared to 27% of single older men and 24% of couples. That’s roughly 300,000 older women living in poverty, in one of the wealthiest nations on earth.

These are the women who fought for our right to be heard, who raised their voices when they were expected not to speak, who built the foundations of the righteous entitlement from which younger women are now demanding an end to male privilege. They weren’t raised to believe they were equal to men, as we were – they were told to shut up, to stay at home and know their place. They said no, and only because of that – because they raised their daughter to expect equality – is this moment, in which the inherent power of white men is finally being shaken to its core, possible.

Too many women who have worked all their lives, many in low-paid feminised industries, others without the opportunities for advancement in their professional fields afforded to men, still others in the home without support; too many women who repeatedly took time out of the paid workforce to care for children or parents or their sick or disabled friends; too many women who have been “fighting this shit” their whole lives have been so marginalised by an economic system that relies on their unpaid labour and acquiescence to male privilege that they are now forced to live in penury in their older age.

And yet they showed up, in numbers too big to ignore, to march for the safety and equality of their daughters and granddaughters. They have maintained their rage on our behalf; we must focus ours on fighting for them to live their last years in security, with dignity – with brazen, unbridled joy.

JobSeeker Hypocrisy: ‘rule of law’ for Porter but not for those below poverty line 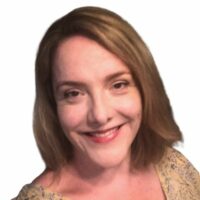 Emma Dawson is Executive Director of public policy think tank Per Capita. She has worked as a researcher at Monash University and the University of Melbourne; in policy and public affairs for SBS and Telstra; and as a senior policy adviser in the Rudd and Gillard Governments.