G20 to tread water on tax as tensions rise A G20 meeting offers magnificent opportunities for sightseeing, catching up with friends from overseas, enjoying fine cuisine and playing a round of golf. When it comes to fixing multinational tax dodging however, there is only one solution: DIY. Hard on the heels of revelations that multinationals plot to exploit a devious disclosure loophole, making a mockery of Australia’s laws and the intentions of Parliament, we report on the battle against the world’s biggest tax cheats.

Like sands through the hour glass, world leaders sifted into another G20 summit this weekend as protestors swelled on the streets. It is Hamburg this time. Donald Trump’s handshake is already a key focus, as widely anticipated, and the subject of multinational tax avoidance will be touched upon as usual, fleetingly, as earnest calls-to-action are uttered by all. It is de rigueur.

The bitter reality however is that a substantial solution on tax is unlikely to ever arise from the G20, the OECD or any other multilateral chinwag for two simple reasons: 1. countries make laws, not leagues of nations, and 2. the US will not commit to a deal where its companies pay more tax in other countries; UK likewise. It is a wild goose chase. 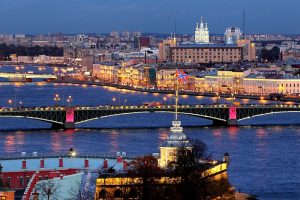 G20 St Petersburg: a good chance to stroll through the Hermitage and pop in to the Winter Palace

The early signs are that this G20 is unlikely to yield even a red-blooded “statement of intention to engage participants in an action plan”.

In a magic feat as astonishing as the Australian government claiming last month that it had made multinational tax avoidance disappear, the OECD has just decreed, “Great progress”, that all of the world’s tax havens have now vanished, bar one.

Truly, it has claimed that only one nation has failed its transparency test. In the wake of Panama Papers imbroglio, the G20 had asked all countries to fill out some forms and cite measures they had taken to get off the OECD tax haven blacklist. And they all did! Except for poor little Trinidad & Tobago.

As the Tax Justice Network put it: “This is not the first time the OECD has embarrassed itself by declaring a premature end to tax havens. In 2012, the organisation declared that all countries had taken sufficient measures to remove themselves from their tax haven blacklist.

“And then we had Swissleaks, BVI leaks, Luxleaks and the Panama Papers.” 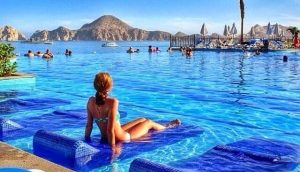 G20 Los Cabos: take a dip then tee off on a championship golf course

This latest multilateral gabfest in Hamburg marks a rise in global hostilities on tax as the EU has directly challenged the Trump administration on tax evasion and the anonymous ownership of companies and trusts.

The challenge came via a letter from the EU to heads of state setting out a common position for the G20.

While the US demands other nations divulge their tax information to US authorities, it flat-out refuses to share its information with other countries. The prospect of global co-operation ever diminishing, and now it seems, are even the co-operative words.

The EU letter says countries which don’t sign up to agreed international standards on tax transparency should “bare the consequences” and face sanctions for non-compliance. 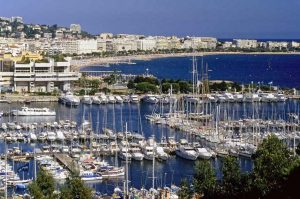 G20 Cannes: crown a taxing week of talks with lunch on a super-yacht

Where does this leave Australia? As noted before the Senate Inquiry into Corporate Tax Avoidance this week, some solid progress has been made over the past two years via unilateral measures to combat avoidance, that is, Australia acting on its own.

The corporate tax lobby, and the global architects of tax avoidance – the Big Four accounting firms EY, Deloitte, KPMG and PwC – have resisted Australia “going it alone”. If Australia had not “gone it alone” however, it would now be about $2 billion per annum the poorer.

This revenue windfall for Australia’s coffers is due entirely to domestic political action and enforcement.

The vital next steps and the most easily achievable next steps are greater transparency and disclosure. A public blacklist of multinational tax avoiders needs to be drawn up by the Tax Office. If any company wishes to get off this blacklist it would only require that the ATO approve its “tax position”. Simple as that.

Such a solution has already been espoused by former Big Four tax adviser and multinational tax counsel, George Rozvany. Under Rozvany’s Ethical Tax Regime, large corporations would actually pay a lower rate of income tax if they were deemed by the Tax Office to be “ethical taxpayers”; say 25 per cent rather than the present rate of 30 per cent.

It is an elegant solution in that big business is relentlessly pushing for lower tax rates and … well, here it is … agree to be ethical!

Combined with an ATO blacklist, this ethical tax regime would constitute a potent disincentive for multinationals to persist with their aggressive tax structures. While the Big Four and the tax lobby decry “naming and shaming”, all else is futile.

Multinationals and their advisers thrive in the netherworld of non-disclosure. It is only “naming and shaming” which will ensure greater compliance.

If any more proof were required of how the Big Four and their foreign clients pursue opaqueness and detest accountability, it is in this week’s revelations before the Senate Inquiry into Corporate Tax Avoidance – revelations soon confirmed by Tax Commissioner Chris Jordan – that the world’s biggest companies are plotting to exploit a loophole in recent tax law amendments.

The effect of this is to artfully thwart transparency and, as laid out in our opening statement to the Inquiry, these companies and their advisers are “mocking the intention of Parliament, mocking the spirit of its lawmakers and mocking the laws of this country”.