Everything to play for: whistleblower’s home on the line as Lendlease makes merry with tax code Lendlease whistleblower Tony Watson is fighting the big property developer in court as the Tax Office investigation into the $1bn tax scam grinds on behind the scenes. Michael West reports.

When the top brass at Lendlease and their Big 4 tax avoidance advisers were plotting how to skin the Tax Office for $300m in a retirement village scam 10 years ago, they needed to get residents to switch from leases to loans. So they dangled $9000 payments in front of their elderly residents to entice them to swap contracts.

Swapping the loan contracts enabled Lendlease and its auditors from KPMG to “double dip” on a billion dollars worth of tax deductions in their retirement village business. Effectively, they forked out $50m to filch $400m from the public. The transaction adviser PwC and the only-ever auditor of Lendlease, KPMG, planned and signed-off on a billion dollar fraud.

And so it is that Lendlease has not paid corporate income tax in Australia for the past decade.

The scam might have all gone swimmingly for the veteran tax swervers at Lendlease but for the objections of a tax lawyer at top tier law firm Greenwoods & Herbert Smith Freehills, Anthony Watson. Watson approached the Lendlease executive leadership to advise them their scheme was not legal and that their published accounts were actually wrong.

Rebuffed by these same executives who were plotting to dud the Tax Office, Watson went to the Lendlease board. Despite Watson’s explanation to the Lendlease directors; despite a subsequent adverse draft ruling backing Watson, and despite Lendlease quietly admitting that the ATO has been auditing them on the very point,  the directors have stubbornly backed their executives ever since. Tony Lombardo was CFO when the scam was implemented and he is now CEO.

Watson’s life has never been the same since. Despite a draft ruling by the ATO which backed the whistleblower’s view on the double-dipping scandal, the Tax Office is yet to deliver its final ruling. Instead, three years later, they continue to wrangle with Lendlease and its advisers behind closed doors.

For Lendlease, the consequences are enormous because the company’s current executives both orchestrated and benefitted from the rort; and because the board has backed them all the way. Lendlease directors are also on the hook. They were told, they ignored warnings, promoted the perpetrators, lavished them with bonuses. They collectively turned a deaf ear and a closed eye.

Will there ever be another Watson, another whistleblower?

Watson had been Lendlease’s primary tax adviser for 20 years.  He worked closely with successive boards and chairmen starting with the Group’s founder Dick Dusseldorp, Stuart Hornery, Jill Ker Conway and so on. Watson had been on the Boards of MLC Investments and other Lendlease subsidiaries. He successfully ran cases for Lendlease against the ATO.  But he would not be a bystander as Lendlease robbed Australian taxpayers.

The matter is an enormous conundrum for regulators too. If the Tax Office goes soft on Lendlease, if directors are not compelled to be accountable and Watson is embroiled in a costly court battle and loses his home, will another tax whistleblower ever grace the doorways of the ATO?

It has now been four years since the story broke here:

The ramifications are potentially significant. Will big business become ever more quarantined from prosecution, ever more protected and mollycoddled by governments than they already are?

The nation has just witnessed Crown Resorts, an organisation riven by systemic corruption and criminality, be awarded a Sydney casino licence. This, in the wake of being caught laundering $70bn of black money from Chinese crime gangs. Yet not a director, despite their legal responsibility for what goes on at the company, has faced even an hour’s ban as a director or had to pay back one cent in fees.

A copy of one of the letters sent to a retirement village representative in 2013 sheds light on the price and preparation involved with Lendlease’s tax scam.

That $50m did not buy Lendlease a single asset. It simply facilitated the tax scam. How did they account for the $50m? Did they deduct it, or add it to the cost base, or do both?

Tony Watson had worked on Lendlease matters from 1985 without a blemish. In 2013 and 2014, statements filed with the Federal Court indicate he had become aware of three tax scams Lendlease was carrying out.

Besides the double-dip, Lendlease also executed a dubious tax transaction via the sale of a development in Singapore called Jem. PwC advised Lendlease on the retirement village fraud, and EY advised them on the Jem fraud. KPMG have been Lendlease’s auditors since Lendlease was founded. The third questionable transaction was an alleged GST fraud in relation to the Lendlease development at Darling Harbour. 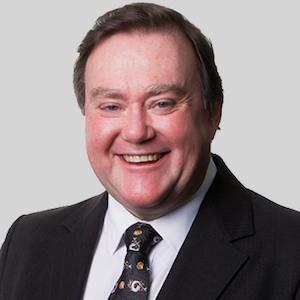 Further to the Tax Office headaches are that this is not just about one blue chip company but about three of the four Big 4 tax and audit firms – PwC, EY and KPMG – and others at the Big End of Town such as the Law Council of Australia who have been inveigled into supporting the bizarre tax claims – even in the face of an ATO draft ruling which prohibits double dipping.

Watson told MWM that he was unable to comment on his case against Lendlease and Greenwoods & Herbert Smith Freehills. But he did offer two observations:

“The Hayne royal commission on the Banks, and the disclosed conduct of the Star and Crown casinos have revealed behaviour that privileges power over justice. Some big powerful corporations do as they please, leaving the rest of us to do as we must. As a society we cannot let this impunity run rampant.

“We have to want and demand a future of accountability in which these behaviours, and this impunity, are eradicated.”

Watson was also circumspect about the ATO taking their time in finalising the audit. “I think that if the Tax Office is not explicit about any breaches committed, it would allow those under review to proclaim exoneration, and that would be disappointing in light of the conduct which has been revealed.”

“As previously advised, we have strong corporate governance policies and practices and comply with all relevant tax laws.

“The contract standardisation process was undertaken for the purpose of improving the operating efficiency in the retirement living business.

“It is not appropriate to respond to the specific detail you have raised.

Please attribute to a Lendlease spokesperson.”