John Menadue cuts through the hysterical fear campaign surrounding “boat arrivals” with a few sober facts about other “arrivals”, demonstrating that refugees are simply being used for political expedience.

OUR DISCUSSION on asylum seekers is ill-informed. It’s a disgrace. Our politicians and our media have failed us. This was made obvious to me last Sunday on Insiders.  Do Christopher Pyne and Phillip Coorey think we are fools? They were both pushing the cruel partisan Coalition line on refugees and boats. Both see refugees not as people but as political opportunities to be exploited.

With boat arrivals stopped, people smugglers have turned to the air to bring asylum seekers to Australia in record numbers. Peter Dutton and the media have turned a blind eye to this breakdown in our border protection.

The Insiders “debate” was all about the politics and the politics of fear. We were incessantly warned that boat arrivals would start again if we did anything serious to support the 1,000 wounded souls that we have abandoned in Manus and Nauru. It is dishonest nonsense and propaganda to assert that the Australian Navy in cooperation with Indonesia cannot stop boat arrivals.

But as Abul Rizvi has pointed out in his article  ‘The best of 2018:  Duttton sets new asylum seeker application record‘ that whilst boat arrivals of asylum seekers has stopped, asylum seekers are coming to Australia in record numbers by air. As the government’s own data shows, non-boat arrivals have risen from 3,988 in 2007-08 to 27,931 in 2017-18. Yet the media and politicians show disinterest in an honest and informed debate about protecting our borders. Peter Dutton is not held accountable for his failure to protect our borders. Instead of telling us the facts on asylum seekers coming to Australia in record numbers by air, our mainstream media including the ABC allows Dutton to continue uncontested his appalling politicisation of the issue.

If only the media would look to Table 1 in Abul Rizvi’s article, they might allow themselves to be better informed. Table 1 came from the government’s own Home Affairs Website – Onshore Humanitarian Program. 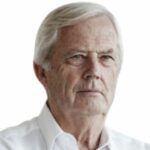