Epic wealth creation and the Game of Mates There is one class of people in Australia which transcends political parties, dominates the business world and is the key to getting rich. That is, mates. Working hard is good, watching Anthony Robins tapes might help, but if you really want to get ahead, say Dr Cameron Murray and Professor Paul Frijters in their new book, ‘Game of Mates’, find yourself some good old mates. This is a tale of feather-nesting mates who skim billions from Australia’s economy to line their own pockets. Whether it’s property, mining, infrastructure or banking, the mates have their snouts firmly in it, helping themselves to a large chunk of Australia’s economic pie. Economist Cameron Murray talks about his new book.

OVER THE past few years, the cosy corporate and political power structures of Australia have been brought under the public spotlight for all to see.

The tax avoidance of multinationals is no longer hidden. Nor is the cartel power granted to the major banks. The privatisation of core government functions has become widely criticised and the dodgy public-private partnerships that provide free public guarantees of private returns are out in the open and are now hotly debated. As is the massive clean-up cost of Australian mine sites. See The Australia Institute’s report ‘The Dark Side of the Boom NSW’ here.

It is timely then to take stock of the common features of this systematic grab for Australia wealth.

In my new book, Game of Mates: How favours bleed the nation, written jointly with Professor Paul Frijters, I take a rigorous economic lens to this problem and try and unpick exactly what it takes for well-connected insiders to siphon off the country’s wealth. The game of grey corruption we are seeing – which is unethical, yet often very much legal – is a play for an unearned part of our shared wealth that takes place deep in the halls of Australia’s largest companies, and in our parliaments.

The book looks at how the game of grey corruption is played, how much it costs, and what to do about it. There are chapters on property, mining, banking, transport, and superannuation, all of which tell a tale of the hidden, yet legal, ways in which the wealth of the nation is stolen.

The spotlight shone with recent coverage of dodgy public-private partnerships (PPPs), where the government had entered contracts that put the public on the hook to guarantee the profits of the toll road operator.

In the book, we explain many of the main tricks we found in our research of PPPs in infrastructure, including hidden guarantees of private returns of PPP firms.

“Private companies would appear to put their own money at risk to build a piece of infrastructure, such as a toll road, but governments would in fact guarantee a high return on their investment, even if only few people used the infrastructure once it was built.”

Or what about banking? We have seen recently the insiders come out to defend their world-leading profits when threatened with a levy that covers just a tiny fraction of these obscene profits.

Then there is property, where the routine rezoning decision across the states led to the ICAC inquiry, and an ongoing QLD CCC inquiry, in which I appeared as an expert to testify. Here, we estimate that $11 billion worth of favourable planning decisions are given to well-connected property developers each year across the country at the expense of the rest of us.

Apart from these direct assessments of the cost of the Game of Mates, we also share some key lessons from the years of research that inform the book. One key lesson is that human beings a wired to cooperate in ways that favour their mates. Even when there are multi-billion dollar gifts to give, that come at a cost to the public at large, we still do it! It’s a natural human tendency that is not a conspiracy, nor the result of ‘bad people’.

The reality is that given the chance, we would all act in these ways.

To keep you going till you order your book, here’s an excerpt from Chapter 1:

To understand how the Game of Mates is played and to disrupt it, we must see Australia through the eyes of our villain, who we call James. In reality the Game of Mates is played by well-connected individuals called Clive, Julia, Malcolm, Bronwyn, Tony, Peter and so forth. Only rarely are they truly named James, and we of course do not want to offend any James out there who is not a villain!

This book is about how the Jameses of this country play their Game of Mates. It is about how much their game costs you. And it is about what we can do to stop them!

Opposing our villain is our champion Aussie, who we call Bruce. In each chapter, we show how much James’ Game ends up costing Bruce, bleeding him and his family not only of their current wealth, but tying them to future obligations to pay James for the privilege of taking part in society. Our characters help to tell a story that is difficult to see from the perspective of any individual. The reality of the Game of Mates in practice is far less tantalising than the fantasy worlds of political intrigue we see on screen. Brilliant as these stories are, the reality of Australia’s insidious political games is far more ordinary; Bruce bleeds economically, rather than from the neck! Our villain James swings no sword. He does not ambush Bruce in physical attacks. He instead swings his power in the halls of parliament, in the media, and in the complex bureaucracies of government and large corporate enterprises. His ambush is a raid on Bruce’s wealth that happens on the sly in mundane offices across our cities, but that nevertheless take a cut of the country’s economic wealth to which he was never entitled. Instead of victory parades, he hosts industry awards nights to glowing media coverage!

The not-so-bloody reality is that James has been in the ascendancy in Australia for at least the last twenty years. He now robs you of a hefty part of your superannuation. He dodges taxes so you pay more. You pay higher interest rates on your mortgage, higher transport costs and higher medical costs, because James and his Mates take a cut.

Our research leads us to believe that James is stealing roughly half of the real wealth of Bruce, our champion Australian. Every hour you work, there are thirty minutes of it working to line James’ pockets rather than your own. In a world without James and his Mates you could retire fifteen years earlier, enjoying the fruits of your labour, rather than watching James enjoy them.

While we focus on James’ recent rise in Australia, his game is eternal. We can never wash ourselves of him completely, for after each wave of purging, he rises again. For you see, there are countless wannabe Jameses. His position is admired. Many of us send our children to the right schools in the hope of befriending James, marrying James, or becoming another James. This admiration is misplaced. He is robbing us while pretending that he deserves his spoils, which is despicable, no matter how smartly he plays it.

James is running amok with his Game now in Australia.

Dr Cameron Murray is an economist and consultant who specialises in property markets, environmental economics, and corruption. He teaches at the University of Queensland, blogs at fresheconomicthinking.com and tweets as @DrCameronMurray. 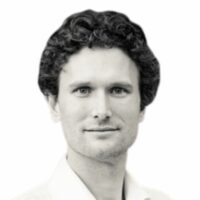 Cameron Murray is a research fellow in the Henry Halloran Trust at The University of Sydney. He specialises in property markets, resource and environmental economics, and corruption.
He is the author of Game of Mates: How favours bleed the nation.