Last Wednesday’s release of the national accounts for the September quarter confirmed what we already knew — economic stagnation continues. Most importantly, it is hard to see why the economy will ever improve under present policies. Instead, we need a new and different economic strategy. Michael Keating reports.

In the September quarter, GDP increased by a disappointing 0.4% — even less than the previous quarter. Over the year to September, the economy grew by 1.7%; better than over the year to June, but still no increase in per capita GDP in the last twelve months.

Productivity and wages continue to equally stagnate, and notwithstanding the recent tax cuts, real per capita consumption is less than it was a year ago. Business investment is also falling. While much of that fall in business investment is due to a fall in resource investment, as LNG projects are now coming into production, the volume of non-mining investment only increased by 2% over the last twelve months.

In sum, demand by businesses and households actually shrank by 0.3% over the year to the September quarter. Thus economic growth would have been extremely weak if it hadn’t been for significant increases in the volume of government consumption and exports, increasing by 6% and 3.3% respectively over the twelve months ending in the September quarter.

The Treasurer’s response to these poor GDP numbers was to (again) blame the headwinds from overseas and claim that the Australian economy remained “remarkably resilient”. But as the strong export figures show, these headwinds haven’t yet reached Australia. Instead, does the Government think it can continue to rely on government consumption and exports for Australia’s future economic growth?

The truth is that none of this mediocre economic performance is new. These slow rates of growth in the main economic variables have been recorded continuously for at least the last three years.

The real issue for macroeconomic policy is what to do about this continuing economic stagnation.

The Reserve Bank (RBA) has been trying to support the economy by lowering interest rates. Since June the cash rate has fallen from 1.5% and is now at its lowest ever level of 0.75%.

The Governor of the RBA has indicated that he is prepared to lower interest rates further, and the markets anticipate another cut in the cash rate to 0.5% next February. However, the Governor has indicated that he does not contemplate any rate that is less than 0.25%, nor is he attracted to the alternative of trying to increase the money supply by quantitative easing and buying bonds.

So far, there has been no useful response by the economy to this reduction in interest rates. The one possible exception is that housing prices have started to increase again, but dwelling construction and approvals are still falling.

Unfortunately this pickup in house prices is consistent with monetary policy impacting much more on asset prices, than on the real economy — a subject that I discussed in an earlier article, “The Future of Monetary Policy”, posted on Pearls & Irritations, 22 October 2019.

In short, most economists (including the RBA) agree that there is little more that monetary policy can do to support the economy, and instead they are now calling for an easing of fiscal policy.

The widespread presumption among those calling for an easing of fiscal policy is that the Australian economy is experiencing a shortfall in demand, but that that shortfall is entirely cyclical.

Accordingly, most of the proposals for fiscal easing involve:

A key aspect of each of these forms of fiscal stimulus, is that if they succeed in stimulating demand and the economy recovers as intended, then the Budget can be expected to return to a surplus, and there will be no longer-term fiscal problem.

I, too, can accept that such an easing of fiscal policy along these lines makes good sense to the extent that Australia’s present economic stagnation represents a cyclical downturn. Unfortunately, however, while I do not doubt that the Australian economy is experiencing some cyclical shortfall in aggregate demand, I also think that much of the shortfall is not cyclical but has other more fundamental structural causes, which I will now discuss below.

Low wages and the structural weaknesses in the Australian economy

As has been recognised by all expert opinion, except the Government, the critical problem for the Australian economy is low wage growth and the associated increase in inequality. It is this low wage growth that is the reason for the stagnation in consumption demand, which in turn has resulted in stagnating investment and productivity.

Frankly I think this wishful thinking represents a triumph of hope over experience, and both the RBA and the Treasury consistently been too optimistic in their forecasts for the last several years. The reality is that low wage growth can hardly be ascribed to cyclical causes.

First, low wage growth and increasing inequality is a common phenomenon across all the advanced economies, and in some countries it has been continuing for decades. Second, all the evidence, agreed by the OECD and IMF, is that most of the explanation for low wage growth and increasing income inequality lies in the nature of technological change, and to a lesser extent in globalisation and cultural changes affecting the remuneration of the top 1%.

In other words, low wage growth mainly has structural causes, and the restoration of economic prosperity and future economic growth must address these structural causes if governments (including the Australian Government) are to succeed. The core elements of a future economic growth strategy

The critical feature of future economic strategy will be to address and respond to the causes of low wage growth and increasing income inequality. Unless this is done, it is unlikely that aggregate demand will rise fast enough to realise Australia’s economic potential.

Furthermore, if demand continues to fall short of that supply potential, eventually the consequent shortfall in investment will lead to a new lower potential output growth path, and it would appear that this has already happened in many other advanced economies in the last decade or more.

Accordingly the structural policy changes that are needed should focus first and foremost on the causes of low wage growth and inequality. That means the priority is to assist workers to adopt and adapt to technological change by significantly increasing spending on all phases of education and training, from pre-schools to better opportunities for mid-career adults to gain new skills. This investment will not only help increase the rate of sustainable wage growth, it will also increase the rate of innovation and technological improvement, and thus add to the economy’s longer run potential.

However, this investment in education and training will take time to pay off, and there are some other policy changes that can be made to more quickly improve the distribution of incomes and thus increase aggregate domestic demand, including:

In short, fiscal policy needs to be restructured to ensure that Australia has equality of opportunity and that people are enabled to fully participate. This necessary policy agenda goes well beyond any short-term fiscal stimulus.

Whether this restructuring of fiscal policy can be achieved within the present cap on tax revenue to GDP seems doubtful to me. Instead there is no reason for any such arbitrary tax cap, and if necessary we should accept that a modest increase in revenue to about the same rate relative to GDP as in New Zealand will be necessary to achieve improved economic growth.

Indeed, contrary to the traditional assumption of a tension between equality and economic growth, the experience of the recent decades demonstrates the opposite: instead, increased government intervention to achieve greater equality will be necessary to sustain economic growth.

The above article was republished with permission from Pearls and Irritations. 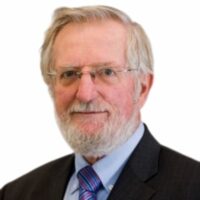 Michael Keating is a former Head of the Departments of Prime Minister & Cabinet, Finance, and Employment & Industrial Relations. He is presently a Visiting Fellow at the Australian National University.