Another Dutton mess. This time citizenship processing of applicants arriving by air. Former Deputy Secretary of the Department of Immigration, Abul Rizvi, lifts the lid on the maladministration of what was once a world-class immigration system. Inefficiency and neglect on the part of Home Affairs leadership has failed to deal with a record number of largely non-genuine asylum seeker applications.

FIVE DAYS ago, the Auditor-General published the Australian National Audit Office’s report, ‘Efficiency of the Processing of Applications for Citizenship by Conferral’.  In his audit of citizenship application processing, the Auditor-General found that these are not being processed in either a time efficient manner or a resource efficient manner. But this is a tiny portion of a wider malaise in the administration of a once world class immigration system the Government and the senior leadership of the Home Affairs Department have allowed be run down.

The record numbers of largely non-genuine asylum seeker applications (see here and here) and the Government’s lack of action on these (the backlog of these at primary and review stages is now likely to be well in excess of 60,000 – Home Affairs will not reveal the actual backlog) is the end result of the wider malaise.

The Auditor-General has found “significant periods of inactivity are evident for both complex and non-complex applications accepted by the department for processing… Home Affairs did not have processes in place to monitor and address periods of processing inactivity, including the length of time between an application being received and substantive processing work commencing.”

The Department has fallen so far short of its performance target of processing 80 per cent of applications within 80 days that it has removed this target from the Home Affairs website. Processing times reported each month to September 2018 “have increased significantly since March 2017.”

The Auditor-General finds “overall, the relative complexity of the applications lodged has decreased. Growth in demand for citizenship in recent years was driven by people with good supporting documents who arrived in Australia on a skilled visa.”

He also finds “Home Affairs has not checked the quality of the decisions taken to approve or refuse Australian citizenship in 2017–18. This was notwithstanding that its Quality Management Framework outlined that two per cent of the decisions should have been checked. As at August 2018 the department had not implemented an ANAO recommendation it agreed to in May 2015 relevant to assessing the quality of decisions taken.”

This is an extraordinary tale of inefficiency and neglect on the part of the Home Affairs leadership.

But it is not just confined to processing of citizenship applications. Blow outs in processing times and massive increases in application backlogs is a characteristic of immigration administration across the Department.

Contributing to the problems have been poorly designed and poorly implemented changes to visas as well as the treatment of visa processing staff as “second class” public servants (compared to the more revered Home Affairs staff in uniforms and with guns) leading to an appalling decline in staff morale. Visa processing staff have been intimidated by the constant fear-mongering, not just by Dutton, but also by the Home Affairs leadership.

Dutton et al would have us believe these processing time blow-outs and massive backlogs are just the result of applying “greater scrutiny’”and that as a result, our immigration system now has more integrity.

Nothing could be further from the truth.

Any experienced immigration officer will tell you large backlogs are a honeypot for the spivs; the carpetbaggers; the people smugglers.

Abul Rizvi says it’s understandable if Australians are confused about immigration because the government has been “sending conflicting signals” about our “out-of-control" system. #TheDrum pic.twitter.com/zowoEyz8TR

It is the massive backlogs that have led to an increasing portion of people by-passing normal offshore visas and instead securing visitor visas to get into Australia and then applying for the actual visa they need. As a result, almost 25 per cent of net overseas migration is now represented by people arriving on visitor visas and then extending stay. This astonishing percentage would usually alarm any immigration administrator. But the Government has sat back and watched this percentage rise steadily over the past five years.

The slow processing times have also contributed to an extraordinary backlog of people in Australia on bridging visas (at times getting up to 200,000). And it is this backlog that is making it increasingly attractive for people smugglers to bring in people on visitor visas and then apply for asylum, knowing that it will take years for these applications to be dealt with to finality.

Australia has for years avoided creation of large backlogs of asylum applications from people already in the community. We have long boasted of our ability to avoid this problem that has beset countries in Europe and the US. But it appears that while Dutton et al were obsessing about asylum seekers on boats (most of whom turned out to be genuine), the people smugglers have been bringing in non-genuine asylum seekers right under his nose.

And the mess will not be fixed by outsourcing visa processing as the Government has proposed (see here). It will take many years and likely hundreds of millions of dollars to get on top of the problem. And if governments just kick the can down the road, as they have in Europe and the US, we may never return to an immigration system with real integrity, efficiency and fairness. 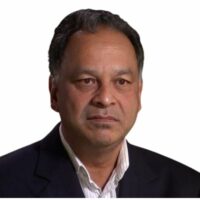