Politicians in Australia continue to try to 'drought-proof' the country, despite the impact of climate change (Image from Shutterstock via https://newsroom.unsw.edu.au/)

The current drought in Eastern Australia has focused the attention of all Australians on water but effective policy responses are missing in action. Isn’t it time to call it a water emergency? Quentin Grafton and John Williams report.

The dictionary defines an emergency as “a serious, unexpected, and often dangerous situation requiring immediate action”. If there is a climate emergency – and 330,000 Australians have already signed a petition to the Australian Government to declare a climate emergency – then surely there must also be a water emergency here, right now, in Australia. As in any emergency, it requires that we be told the truth and, importantly, act on the truth.

Political leaders, however, prefer the word ‘drought’ because Australia has experienced it in the past and it is ‘solved’ when the rains come. Politicians cannot be blamed for acts of nature. ‘Drought relief’ also gives politicians the opportunity to pretend to fix the problem while showing compassion for those doing it tough.

Income support in the form of a farm household allowance for eligible households with less than $5 million in assets, and that pays more than  $30,000 per farming couple per year for up to four years,  is, no doubt, very welcome to those who qualify. Unfortunately, it does not solve our water emergency. In this make-believe narrative, all blame accrues to the heavens.

The current drought began in 2017, and came less than 10 years after the Millennium Drought ended. Yet the nation’s elected leaders are surprised by another major drought. Like rabbits on the road facing the full beam of an approaching vehicle, they seem unable to move beyond last century solutions to respond to this water emergency.

Instead, they announce multi-billion dollar commitments of taxpayer money for dams, many of which won’t be completed for years and would never fill until the drought ends. Water extracted from the dams would also be subject to water extraction limits under the Basin Plan.

So why do Australian political leaders support dam building as a solution knowing that dams don’t make it rain or snow? Is it because they are stuck in the past,  trapped in myths or delusions, or asleep at the wheel?

They could be informed of solutions like comprehensive water accounting so that everyone knows who has the water and what it is being used for. Other solutions include water planning that leaves sufficient water in the dams for people to drink by setting enough water aside for the worst droughts, and water recycling and reuse by communities to reduce extraction. Or even managed aquifer recharge to reduce surface water evaporation, and dynamic water pricing that increases the volumetric price paid when dams have less water — the list goes on.

So what is getting in the way of implementing these solutions? Money, power, and influence. Both rent-seeking and regulatory capture, represent the demand for and the supply of water respectively, and are affecting decision-making that benefits particular interests, rather than the broader public interest.

Rent-seeking is when actions are undertaken by people and organisations outside of government to influence decision-making for self-interest, rather than for the sake of improving the decision. Many forms of rent-seeking are legal in Australia, including lobbying — a multi-billion-dollar business.

Rent-seeking allows privileged access to our elected leaders and advisors to those with the means to get it. For example, between 2014 and 2018 the NSW Irrigation Council had more than 25 water-related meetings with New South Wales Ministers, yet many non-industry and non-irrigation entities had only one meeting. All combined, Indigenous, catchment, and environment entities had just 20 per cent of the total number of ministerial meetings given to irrigation and industry entities in the period.

So what does privileged access mean? Decision-making that the NSW Natural Resources Commission has described, in relation the Barwon-Darling River Water Sharing Plan, that has

“…increased allowance for extractive use at lower flow classes that are critical to the environment. These provisions benefit the economic interest of a few upstream users over the ecological and social needs of the many”.

This decision-making contributed to the dire situation in the Murray-Darling Basin and the massive fish kills along the Darling River in January 2019. Sadly, it is just one of many examples of water decision-making not made in the public interest, and described by the South Australian Murray-Darling Basin Royal Commission in January this year as “gross maladministration”.

Billions of dollars in expenditure on irrigation infrastructure, including the construction of private dams, highlighted in the ABC’s Four Corners program in July 2019 Cash Splash, and supported by evidence in peer-reviewed academic research, shows that such subsidies are likely to reduce return flows from irrigators’ fields to groundwater, streams, and rivers.

Yet, the Australian Government has spent some $4 billion on subsidising irrigation infrastructure in the Murray-Darling Basin without any cost-benefit analysis or even comprehensive measures of the impacts on stream flows.

To add to our water woes, more billions of dollars have been allocated to further subsidise water infrastructure, including dams, and announced as a ‘solution’ to the water emergency. Such spending is highly unlikely to generate a net public benefit.

As Rome burns, people in towns like Wilcannia on the lower Darling get their drinking water from 10 litre cartons delivered from the back of trucks. In a desperate cry of help, and defiance, one Barkandji Elder from Wilcannia, Kerry ‘Sissy’ King, has a message for politicians to

“Come out here and see how you feel about living [with no water]. They’ve taken it from the nation that lives off the river system. Come and sit in the gutter with us.”

Australia must stop blaming the river and recognise that capture by special interests has led to this water emergency. It is not simply an act of God; it has arisen from a lack of planning and decision-making that benefit the few at the expense of the many. Neither drought relief nor dams are solutions. Instead, Australia needs its political leaders to lead, to put the national interest first, and to make decisions that place people before profit. 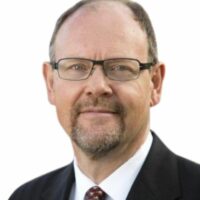 R. Quentin Grafton, FASSA, is Professor of Economics, ANU Public Policy Fellow, Fellow of the Asia and the Pacific Policy Society and Director of the Centre for Water Economics, Environment and Policy (CWEEP) at the Crawford School of Public Policy at the Australian National University. In April 2010 he was appointed the Chairholder, the UNESCO Chair in Water Economics and Transboundary Water Governance.

Dr John Williams FTSE is a founding member of the Wentworth Group of Concerned Scientists, a Fellow of the Australian Academy of Technological Sciences and Engineering and holds the prestigious Farrer Memorial Medal for achievement and excellence in agricultural science.