The Andrews Government has pledged the end of native logging in Victoria by 2030. Yet it is allowing Allied Natural Wood Enterprises (ANWE) to acquire more mills and become a near monopoly, potentially profiteering on what should be an industry on its way to extinction. Conservationist Harriett Swift reports.

ANWE and Pentarch Holdings are positioning themselves to become the biggest operators in native forestry in Australia. They have recently acquired nine wood processing mills in NSW an two mills in Victoria.

Until now, its output has been entirely export wood-chipping, but it now has plans for domestically sold products such as pallets and briquettes.

Boral’s timber interests are reported to have cost Pentarch $64.5 million.

ANWE and Pentarch have the same owners, Ian Sedger and Malcolm McComb. Both companies operate the Eden woodchip mill and manage logging in the surrounding region.

Eden was the first export woodchip mill in Australia and once the focus of the longest continuously running environmental campaign in Australia in the sixties and seventies.

ANWE and Pentarch already had a monopoly on all wood supplied from Eden Region State Forests, but that now extends to most of the south coast. In 2020 more than 97% of all logs felled in 2020 were exported as woodchips.

At the end of July Pentarch announced that it had purchased the assets of Dormit Pty Ltd which operates two sawmills and associated operations located at Dandenong South and Swifts Creek in Victoria. The mills process native hardwood logs.

The purchase price has not been disclosed, but the deal was made against the background of a 2019 undertaking by the Victorian State Government to phase out and end native forest logging within 10 years.

ANWE is the same company that was recently identified as being behind the newly formed industry interest group, Forest & Wood Communities Australia (FWCA), whose directors include present and former managers of the Eden chipmill.

For one of the biggest players in native forest logging and processing in Australia, a sham grassroots organisation claiming to represent timber workers to support it is potentially a valuable asset.

The Boral assets bought by Pentarch mills had been on the market since 2013, with the company apparently unable to find a buyer.

ANWE acquired the Eden chipmill from Nippon Paper Industries in December 2015, after the Japanese paper giant had reported losses for three years in a row.

It became national news in January 2020 when it was badly burnt during the Black Summer bushfires.

After the fires, military personnel spent weeks at the chipmill to lead cleaning up operations and a succession of politicians and national media visited.

The first round of political interest was in January 2020 immediately after the bushfires, with a second round during the Eden-Monaro by-election later that year. Chipmill managers were reported as telling visiting politicians that the company’s insurance did not cover the damage done by the fires.

Minister David Littleproud responded by attacking the insurance companies on their behalf. He was reported in the media as saying: some of them “are a little bit tricky” and they “just can’t shirk their responsibility.”  As it turns out, they didn’t. The Pentarch Annual Financial Statement to ASIC for 2020 (lodged 20/11/2020) said:

“…The Forestry Division was directly impacted by the bush fires with some loss to stock and equipment at its Eden NSW facility, for which the Group held adequate insurance coverage…” In the year after the bushfires, especially during the Eden-Monaro by-election, the response from the Government continued to be generous – with many millions of dollars in grants promised. The purpose of many of these grants has been very vague and in some cases even the amount of the grant is unclear.

ANWE hasn’t lodged an Annual Financial Statement with ASIC since 2018/19, which is in breach of the Corporations Act.

The principal conservation group on the South Coast, the South East Region Conservation Alliance (SERCA) has expressed concern about the move by ANWE and Pentarch towards a position of monopoly buyer:

“This is not in the public interest and should not be allowed by the Government. As almost the only customer for State Forest logs in the region, this will place ANWE in a strong bargaining position, where it can almost name its own price. It will also help to entrench taxpayer subsidies for native forest logging,”

There are concerns too, that the corporate group is poised to move into large scale production of wood biomass products for heating or electricity generation.

A factory to manufacture briquettes at the Eden chipmill is almost complete, but is currently subject to a legal challenge in the Land and Environment Court.

Previous owners of the Eden chipmill have failed in attempts to enter the biomass market in the past, with plans for a wood fired power station scrapped and a wood pellet plant closed down after just a few months.

Acquisition of Victorian native hardwood mills may also signal that the company is positioning itself to resist the promise by the Andrews Government to end native logging by 2030. 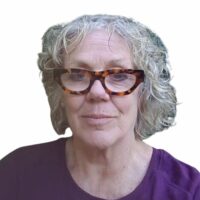 Harriett Swift is the Deputy Convener of the South East Region Conservation Alliance. An ANU graduate, she lives on the NSW far south coast in the forest where she has observed the logging industry at close range.