[2] “It does not appear that a proper cost-benefit analysis was undertaken prior to former Labor Federal Environment Minister Tony Burke issuing federal approvals, to CSG-LNG export proponents QGC and Santos, in October 2010. By this time, the Labor federal trade minister was Dr Craig Emerson, partner of Ferguson’s chief of staff and principal resources and energy advisor, Tracey Winters. In early 2011, Winters became QGC’s vice president environment.” Source 1: The Great Gas Con: How Australia got sucked dry (Simone Marsh for MichaelWest.com.au, 22 May 2017) https://www.michaelwest.com.au/the-great-gas-con-how-we-got-sucked-dry/(Viewed 29/12/18)

[3] “Craig Emerson Economics possesses superior expertise in trade and investment policy and relationships both within and between Australia and Asia. We provide strategic advice on government policy and establishing commercial relationships between businesses in Australia and the Asian region. We provide businesses with evaluations of government policy proposals in the fields of: Trade and Investment.. Business Regulation, Taxation Policy, Minerals and Energy Policy”. Source:  http://craigemersoneconomics.com (Viewed 27/12/18).

[5] “Dr Emerson is now Managing Director of Craig Emerson Economics, President of the Australia China Business Council NSW, an Adjunct Professor at Victoria University’s College of Business, and writes a fortnightly column for The Australian Financial Review. He is also a member of CEDA’s Council on Economic Policy.” Source:  http://craigemersoneconomics.com (Viewed 27/12/18)

[6] Emerson’s website displays images of him shaking hands with US Presidents George Bush Sr and Ronald Reagan, and states “Dr Emerson was Economic and Trade Adviser to former Prime Minister Bob Hawke. He was Assistant Secretary in the Department of the Prime Minister and Cabinet, Secretary of the Queensland Department of Environment and Heritage, Chief Executive Officer of the South East Queensland Transit Authority and Economic Analyst at the United Nations.” Source: http://craigemersoneconomics.com/experience/#/pre-ministerial-positions/ (Viewed 27/12/18)

[9] “Craig Emerson…holds a doctorate from the Australian National University. He was economic and environmental adviser to prime minister Bob Hawke, and a minister in the Rudd and Gillard governments… Before entering parliament, he was director-general of the Queensland environment department, and, at the age of 23, the youngest economic analyst at the United Nations in Bangkok“. Source: https://scribepublications.com.au/books-authors/authors/emerson-craig (Viewed 2/1/19) 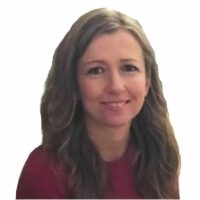