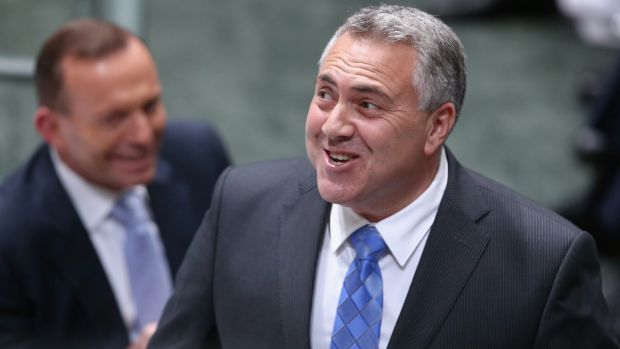 The Rich Mates Act amendment bill was introduced to Parliament on Thursday. Billionaires are desirous of an exemption from tax transparency laws, and the government is happy to oblige them because, if they are forced to disclose how much tax they pay, they apparently may be kidnapped.

Yes … kidnapped. Forget the super-yacht, the fleet of European autos, forget the mansions and the BRW Rich List, the government reckons there is a “personal security” risk if tax information about private companies with turnover in excess of $100 million is made public.

Kidnapped? Have Joe Hockey and Assistant Treasurer Josh Frydenberg been reading too much Robert Louis Stevenson? No, the real reason, however, for the Tax and Superannuation Laws Amendment (Better Targeting the Income Tax Transparency Laws) Bill 2015 is quite shamelessly paraded in the preamble: “These amendments will reduce the compliance costs … the amendments will reduce the need for such private companies to correct probable misinterpretation of the information and to manage reputational risk.”

Probable misinterpretation of a number; that’s a good one. The government’s track record on corporate tax avoidance has failed to match its boisterous rhetoric.

Joe Hockey is to sally forth with his corporate tax policy in due course. Fingers crossed that it has substance, though events of this week don’t augur well.

The Senate Committee on Corporate Tax Avoidance released its draft report earlier in the week and it was predictably rubbished by the government and its flatterers in the Murdoch press.

Yours truly was singled out yet again for some personal attacks for our tax coverage, something for which, again, we thank The Australian. There is no sweeter vindication.

A good deal of the backlash over the report “You Cannot Tax What You Cannot See” is aimed at the “naming and shaming” recommendations.

These are simply tax transparency measures. Make no mistake, transparency is a potent weapon against corporate tax tricksters. This is an industry that thrives on darkness and deceit.

One, David Tudehope, the chief executive of Macquarie Telecom, has led the charge on proposing that government departments reconsider buying technology and services from tax avoiders.

Tudehope told Fairfax Media that companies as well as governments should revise their procurement policies. “Why should taxpayers be buying services from people that don’t pay tax in the first place?

Behind the scenes many feel the same. The problem – and it is a vast, multibillion-dollar-a-year problem – has been identified. The playing field for business is not level. If multinationals paid their fair share, the tax rate could be lower for everyone.

Among the recommendations in the Senate report are: consider unilateral action such as Britain’s Google Tax initiative; don’t wait for a multilateral deal to emerge from the international talkfests; keep existing transparency laws (which would include jettisoning the Rich Mates Amendment); public reporting of multinationals’ financial statements; ATO to table an annual report on aggressive tax avoidance; ATO to report on its activities including settlements; and a crackdown on Australian Securities & Investment Commission (ASIC) exemptions from financial reporting.

The last is one of our bugbears. The corporate regulator hands out exemptions to companies (effectively changes the law) willy-nilly and doesn’t disclose it; mates’-deal nirvana.

These are all very solid recommendations from the Senate committee, which frankly has worked very hard and done a terrific job.

Its transparency measures are not “weak” as some have charged. They are regarded with absolute dread by the corporate tax lobby because the whole racket relies on being devious.

In the section of the report written by the Greens, “special purpose” financial reports are canvassed; it sounds boring but this is a biggie.

There has been a trend in recent years away from “general purpose” reports towards the skimpy “special purpose” type. The former are full accounts that include related-party transactions (where most of the tax skulduggery occurs). The latter, “special purpose” accounts rely on directors and auditors assuming that only the company’s shareholders – and nobody else – is interested or is a stakeholder.

So it is that News Corporation – whose media affect the course of government in this country – global monopoly Google, and a swath of other corporation giants whose actions affect millions of people, deem that their accounts are not of interest to anyone but themselves.

It is already within the present legal framework for the regulator to insist that all companies over a certain size – say $1 billion in revenues – file full “general purpose” accounts. They could do this tomorrow and the upshot would be billions in extra tax.

Do they have the guts? We have sought a few minutes on the phone with ASIC chairman Greg Medcraft and Tax Commissioner Chris Jordan to discuss this, merely chat about it, even on background. Alas, Greg and Chris have declined.