Everyone knocks Google and Facebook but the government’s proposal to force them to hand a colossal sum of money to local media companies is the nearest thing to ‘sovereign risk’ you’ll ever see, writes Bernard Keane.

“Sovereign risk” isn’t a term you hear much these days. It was thrown around a lot, however inaptly, by the Coalition, mining companies and their media apologists a decade ago in relation to Labor’s mining tax.

It was employed occasionally by the energy sector in the debate over the government’s proposal to give itself a divestment power in relation to energy companies. And recently Clive Palmer, a long-term abuser of the phrase, has invoked sovereign risk to describe Western Australia’s legal action against his $30 billion damages claim, and been echoed by far right media supporters in doing so.

Now the government is pursuing a policy that, in its rejection of the rule of law and its arbitrary market intervention at the expense of investors and corporations, is the perfect embodiment of the idea of sovereign risk. And exactly no one is pointing it out — because Australia’s media companies are the beneficiaries of it, and the targets of it are two of the most hated companies in the world.

The government’s proposed News Media and Digital Platforms Mandatory Bargaining Code would be a draconian regulation to force two explicitly identified companies, Google and Facebook, to hand an unlimited amount of revenue over to Australian media companies, justified by a fiction that those companies steal news content.

The regulatory model was dictated by News Corp, which proposed the “final offer” arbitration process to the government. Under that process, if media companies and Google/Facebook can’t negotiate an agreement for remuneration for the use of news content, an arbitrator selects one of the two parties’ final offers and imposes it.

There is thus no limit to how much News Corp, Nine or other media companies could successfully demand from Google and Facebook under the regulation. The Liberal Party’s Peter Costello, chairman of Nine, says the platforms should hand over $600 million. News Corp says they should pay at least $1 billion.

If Google/Facebook fail to comply with the code, they face a penalty of 10% of annual turnover in Australia, which could be between $600-$1 billion.

Pathological hatred of the ABC

As Quentin Dempster has noted, however, there are two media outlets that the government has specifically banned from benefiting from the code. As part of its pathological hatred of the ABC, the government has blocked the ABC and SBS from being able to participate in the process despite ABC news and current affairs content being trusted by Australians far more than that of News Corp or Nine.

The code is justified by a News Corp lie, that Google steals news content and makes billions of dollars from it. The ACCC forensically compiled evidence that this was false. Knowing that the News Corp claim was wrong didn’t prevent Treasurer Josh Frydenberg from spreading it himself. But the only theft here is what is proposed for Google and Facebook.

This fulfils, in every particular, the fantasy of sovereign risk about which business has long railed, and which has driven the imposition of investor-state dispute settlement clauses on economic vassal states the world over. A government, at the behest of incumbents that wield significant influence over the ruling party, arbitrarily proposes to transfer resources from innovative external firms that have out-competed lazy locals, without policy rationale or legal basis. It’s Banana Republic stuff.

At a point when the government, business groups and media companies are publicly hand-wringing about how to increase business investment to spur recovery, what signal does the code send to foreign investors? Don’t offer a product that’s too competitive for local firms, or you’ll have your revenue taken from you and handed to local duds.

For the avoidance of doubt, it couldn’t happen to two nicer companies. There are sound policy reasons to loathe Google and Facebook — for their relentless accumulation and abuse of personal data, for their anti-competitive acquisitions of smaller rivals, for their tax dodging, for their complicity in the spread of highly damaging, often literally lethal misinformation and propaganda.

But their alleged theft of news content isn’t one. The crime of Google and Facebook in relation to journalism is to offer a much more targeted way of delivering advertising to consumers than the clumsy method used by old media companies of spraying as many ads as possible at as many eyeballs as possible and using their influence with politicians to prevent competitors from offering consumers more choice.

News Corp and Nine, used to being the 800-pound gorillas of Australian media for decades, have been squashed by two 800,000 pound gorillas from the internet.

The result is to shut off the flow of ad revenue that once supported news-gathering. If Australians think that’s important enough to support, they should pay for journalism, either by buying it or funding it via government. Not abandon the rule of law and steal revenue from successful companies.

This article was republished with permission. You can view the original here. 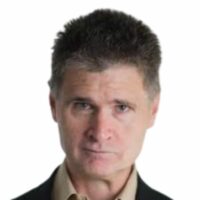