Coal ship. Could this be the one? Source: Whitehaven Coal

The Albanese government is off to a flying start on foreign affairs, submarines, wages and human rights. But when it comes to former PM Scott Morrison’s promise to ship 70,000 tonnes of Aussie coal to Ukraine, is it a case of new boss just like the old boss? Callum Foote and Mark Sawyer investigate the mystery of the Whitehaven ghost ship and find a little problem of transparency.

Remember the heroic gesture? This is how we were going to help save Ukraine from Putin. By sending a shipload of coal to Ukraine, the Morrison government was going to put a spoke in the wheels of the Russian war machine, and help the suffering Ukrainians survive the onslaught. Not only that, ScoMo and friends would be getting a shipload of the world’s most unloved commodity off its books, out of the country and doing good.

But that ship has become more difficult to locate than Saddam Hussein’s human shredder ever since Scott Morrison announced on March 20 that alongside shipments of weapons his government had bought 70,000 tonnes of coal from Australian coal miner Whitehaven to be shipped to the war-torn nation.

While purportedly helping the Ukrainians mount a defence of their nation, the volume of coal would reportedly only power a medium-sized coal-fired generator for three to five days.

Neither the current nor the former government has been willing to provide information on the status of this delivery, with five Albanese ministers either unable or unwilling to comment.

Attempts at getting straight answers from ministers about the shipment of coal Morrison promised to Ukraine in March have revealed that the Labor government is either unwilling or unable to shed light on Australia’s international commitments.

When Morrison made his announcement, it was revealed to MWM that there was no plan to get this coal across the ocean. A Department of Industry spokesperson said: “Whitehaven was chosen as it is able to meet Ukraine’s thermal coal quality specifications and deliver the quantity required in a short timeframe, without impacting on its other contractual obligations.”

“This is important to ensure Ukraine receives coal its generators can use as quickly as the market situation allows. It also reduces the potential impact on Australian domestic energy prices.”

Importantly, however, “transportation details are being determined taking into account any logistical issues.”

This is despite Morrison gleefully reiterating his promise of the coal directly to Ukraine president Volodymyr Zelenskyy before Zelensyy’s address to the Australian parliament on March 31.

We found the taxpayers’ money though!

The Department of Industry has since confirmed that a contract worth $32.5 million to global shipping company Trafigura represents the coal Morrison announced for Ukraine in March.

The contract notice, published on May 16, from the Department of Industry, Science, Energy and Resources worth $32,570,000.00 for the ‘Purchase of Specialised Equipment/Materials [Thermal Coal]’ which was offered under a limited tender was awarded to Singapore-based shipping company Trafigura.

It is unclear how much of this money ended up in the accounts of Whitehaven.

The Department of Industry has again refused to comment on whether this coal has arrived in Ukraine or even left Australian shores. According to a spokesperson: “Transportation details remain confidential to protect the vessel, crew and cargo”.

Goose chase: where is that ship?

With the changing of the government, we at Michael West Media hoped that more light could be shed on Morrison’s failed deliverables, with the coal shipment being first and foremost. Bowen’s office refused to respond to any inquiry regarding the shipment, as well as refusing to answer whether the current government intends to provide transparency over the previous administration’s actions and uphold a higher degree of accountability.

Bowen’s office instead ostensibly forwarded our inquiry to the Department of Industry which was happy to respond … to a separate enquiry we made on May 17, regarding the contract notice to Trafigura.

The Department reiterated only that “Transportation details remain confidential to protect the vessel, crew and cargo.”

It is clear that Bowen’s office has refused to provide any additional information regarding the shipment while obfuscating enquiries into the matter.

We were informed by the Minister for Industry, Ed Husic, that the coal shipment came under Madeleine King, the Minister for Resources and Northern Australia’s portfolio. Husic’s office refused to comment on the matter nor answer if he intended to be more transparent than his predecessor Angus Taylor. 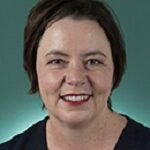 King’s office refused to comment whatsoever, though to be fair, nor did it respond to a media enquiry into whether King’s stance on oil and gas was different to the Coalition government’s on May 25.

Whitehaven Coal: value for its investments

Whitehaven Coal’s connection to the Coalition is well documented. Its chairman, Mark Vaile, was the leader of the National Party and deputy prime minister between 2005 and 2007 under John Howard.

Whitehaven is a member of the Minerals Council of Australia, paying $765,629 to the lobbying body in 2020-21. It also paid $884,968 to coal lobbying group Low Emissions Technology Australia the same year.

Whitehaven has donated $140,000 to the Liberal Party since the 2013-14 financial year. The Liberal Party has only disclosed $47,000 in donations. Whitehaven might be a big spender on lobbying and public relations but it is a perennial non-taxpayer.

Meanwhile, it was reported on Wednesday that Ukraine has received only 10% of the heavy weaponry it has requested from foreign governments to defend itself against the Russian invasion.

Government silent on whether coal to Ukraine has arrived