Closing the Gap: how a captive media failed to question Scott Morrison on defunding Only one member of the Australian media questioned Prime Minister Scott Morrison’s narrative about the “innocent” failure of Kevin Rudd’s Closing the Gap scheme. This failure of accountability from all major Australian media outlets skirts over the $1 billion in funding cut from Indigenous services. Callum Foote lays down the real numbers in this investigation of yet another instance of media succumbing to Government public relations narratives.

“We reflected on the fact that Closing the Gap and the initiative taken by Kevin Rudd was an entirely worthy initiative … but, innocently, there were elements of how that was done that were misguided.”

This from a thoughtful Scott Morrison at his press conference last week as he announced 16 new targets for his Closing the Gap initiative.

And this was how the most of the mainstream media reported the announcement – that this new scheme would rectify the failure of the original scheme, set up by then prime minister Rudd in 2008, which had only fulfilled two of its eight targets.

There was no mention of the fact, as Rudd himself tweeted, that half a billion dollars to deliver the first set of targets had been cut by the Coalition immediately after gaining office in 2013.

But here’s the problem: Abbott, Turnbull and Morrison withdrew half-a-billion dollars in funding from delivery of the first set of targets. It’s therefore important to ask: what is their funding commitment for the new set of targets? pic.twitter.com/VEjhFnHuo5

“Abbott, Turnbull and Morrison withdrew half a billion dollars in funding from delivery of the first set of targets. It’s therefore important to ask: what is their funding commitment for the new set of targets?”

Citing the 2014 Budget, Rudd pointed out that the Abbott government cut $534 million from Indigenous programs administered by the Prime Minister and Cabinet and Health portfolios over five years.

Yet the headlines last week were as follows: from The Guardian: “ ‘A real turning point’: new Closing the Gap agreement to move beyond targets”; The Australian: ‘Historic Indigenous partnership ‘unprecedented’. Similarly 9 News and its stablemate of newspapers the Sydney Morning Herald and The Age: “New collaborative approach to Closing the Gap targets”, SBS: “New Indigenous life expectancy and incarceration targets set in ‘historic’ Closing the Gap revamp” and The New Daily: “‘Shared decision making with First Nations people’ at heart of Closing the Gap agreement”.

Only the Australian Financial Review’s Tom McIlroy: “Closing the Gap reform fails justice test: campaigners” and the ABC’s Isabella Higgins lent a critical eye to the announcement by suggesting that the targets had not gone far enough.

The ABC quoted Nerita Waight, the co-chair of the National Aboriginal and Torres Strait Islander Legal Service, who said the new initiative felt like a “missed opportunity” in relation to Indigenous incarceration rates, “especially when we have ever-increasing rates of Indigenous imprisonment”.

She applauded “the ambitious goal to reduce the number of Indigenous children in out-of-home care by 45%”, which many in the Indigenous community have fought to include for decades, she said.

More than 20 years ago, in 1997, the ground-breaking “Bringing Them Home” report into the Stolen Generations noted that  Aboriginal and Torres Strait Islander children represented 20% of children living in out-of-home care (Human Rights and Equal Opportunity Commission, 1997). That rate has since increased to more than 35%.

Meanwhile, NSW recently published a report the delved into out of home care in that state, Family is Culture. In one of the most egregious cases documented, a first-time Aboriginal mother was deemed to be a “danger” for not giving details about her child’s lunch-time routine, despite the child only being one day old at the time.

The report also noted that widespread noncompliance with policies and legislation by caseworkers and managers of the Department of Communities and Justice resulted in many newborn Aboriginal children being removed from their families. In NSW Aboriginal and Torres Strait Islander children are now 11 times more likely to be removed from their families than non-Indigenous children. 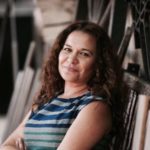 Chelsea Bond, a Munanjahli and South Sea Islander woman and a Principal Research Fellow within the School of Social Science at The University of Queensland, writing in The Conversation, pointed out the failure of the mainstream press to question Morrison’s narrative following the announcement and the lack of scrutiny of his announcement.

She also noted that the new targets no longer have parity with non-Indigenous Australia as their target within this generation. “So effectively, they aim to do less.”

Out of the original seven targets set in 2008, five were not met. Two were health-related: a reduction in child mortality and an overall increase in life expectancy.

Yet some $160 million was cut from Indigenous health programs in 2014. That might go some way to explaining why three of the new 16 targets still focus on improving health outcomes for Aboriginal and Torres Strait Islander people.

Another two of the original targets were concerned with Indigenous education outcomes, yet again, these were badly affected by $14 billion worth of Abbott, Turnbull and Morrison-era funding cuts for public schools.

Indigenous students were particularly affected. In just one example, the NT Remote Aboriginal Investment – children and schooling initiative experienced a massive 48.7% reduction from $56 million to just $28.7 million. The initiative funds vital remote programs such as Families as First Teachers that complement core schooling activities. Funding for Indigenous language support was also to be cut by $9.5 million over five years.

In the 2019-20 Budget, Morrison cut a promised $10 million from the Indigenous Student Success Program and announced a further cut of $1.2 million. As Celeste Liddle noted, “This effectively contradicts the Federal Government’s stated commitment to increasing both Aboriginal and Torres Strait Islander staffing numbers and student participation on campus.”

Services for Aboriginal and Torres Strait Islander people have experienced more general cuts under Liberal governments. Turnbull, despite claiming that his government was in the process of “refreshing” the Closing the Gap strategy, cut $245 million from Indigenous housing in 2017.

Morrison then backed this up by defending his decision to cut a quarter of a million dollars in annual funding for the national arm of the Family Violence Prevention Legal Services, which represents organisations working in Aboriginal and Torres Strait Islander communities. Yet Indigenous women are more than 30 times as likely to be hospitalised due to family violence as non-Indigenous women and twice as likely to be killed by a current or previous partner.

As the Coalition was defending these cuts, news emerged of the $345,000 contract between the government and TV personality Scott Cam.

No new funding has been announced, nor has legislation been put in place to meet the new 16 goals.

However, the government responsible for the serious underfunding of Aboriginal and Torres Strait Islander services has now been branded as their saviour.