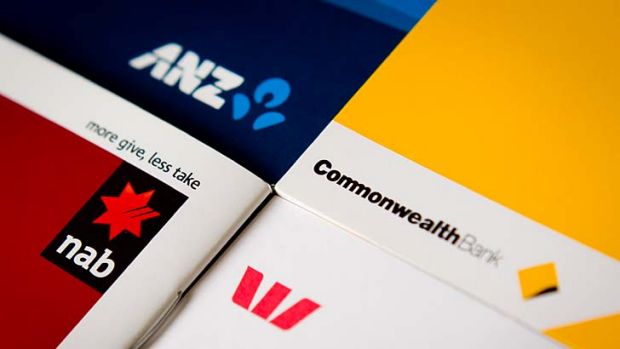 Australia’s banks are a generous lot. They give hundreds of millions of dollars in gifts every year. Spurning traditional notions of philanthropy however, the banks actually give their gifts to themselves, from their customers, on the QT.

In the world of investment, one sacred principle is diversification. In a share portfolio, for instance, one would be foolish just to hold BHP. This amounts to a concentration of risk. Likewise in bonds, another other major asset class. It is wise, even mandatory, for an investment manager to diversify, in case one asset goes bust.

Property too. Asset managers hold a range of property and property trusts for precisely the same reason.

The other asset class is cash. And it is here that the banks are skimming millions from their customers – superannuation and other investments – by not diversifying but by lumping the cash from their customers, via their fund management platforms, straight upstream into the bank.

It is in this way that Australia’s banks are exploiting their customers for cheap funding. They pay a puny interest rate on this cash, by not shopping it around for the best rate, and invest it for higher returns elsewhere.

We had exposed this shakedown a couple of years ago but no, there was no follow-up in the rest of the media – it may have been too complex – and the banks appear to have kept on their merry way.

Meantime, a source reports that National Australia Bank is still up to no good, sucking its investors deposits upstream from its Plum investment management option to the bank. Presto, cheap funding.

This reporter could hardly have written it better, and our enormous team of journalists has left for the evening, so we merely reproduce the email here (source protected).

I have my Superannuation with Plum (part of NAB group). Early last year on personal concern of potential for a market downturn I chose to allocate all my investment to the “Cash” option within Plum.

I then belatedly worried whether the money was in any way guaranteed by the government, given that although this was an individual investment, it was different to a normal bank account in that it was superannuation – and also that I figured maybe it depended upon how it was split up and allocated by Plum.

The Plum website is certainly not conducive to quickly finding out basic information about the multitude of investment options. You have to click on singular options and download files, one-by-one.

Upon reading the material I was outraged and horrified to find that the cash option has since been invested 100 per cent in National Australia Bank. Zero diversification of risk.

The sole reason anyone invests in cash is to minimise risk of loss. While Plum could claim it’s highly unlikely NAB would go bust, the fact is if it did there’d be a 100 per cent loss on the investment.

This is unconscionable. Ironically, and perhaps proving the ineptitude of that investment allocation by Plum, even the agressive share investment options don’t have such exposure (sure, you could lose a chunk of money, but not all of it, barring the end of civilisation as we know it).

Based on evidence to date, I don’t think it takes an overly cynical person to suspect that NAB has orchestrated this for their own benefit first and foremost and several questions arise:

1) Where is the duty of care to shop around for a leading interest rate to maximise return on investment (keeping in mind there is still approximately a 0.34 per cent investment management fee that presumes some kind of cognition is applied to the process.

2) Where is the investment diversity to minimise risk of a catastrophic loss outcome that surely is dictated by a “Cash” investment choice. If I invested a large sum of money in term deposit I would split it between at least two banks.

3) Are the other Bank/Super companies also doing this?

4) If there is a hypothetical run on the cash/superannuation investments, such as a huge swing to SMSFs or people switching institutions away from Plum after some kind of financial scare or bad-press … how is the money tied up within NAB?

Given it’s not actually paper money, what checks and balances go into determining how this money is invested by NAB and what oversight is there by the government?

5) Is NAB doing this purposely to further ensure it is too-big-to-fail (and thus pseudo-guaranteeing a future government bail-out) by deliberately entwining the low-risk superannuation investment options with the bank’s own cash investments?

I would be surprised if it was less than tens of billions of dollars “cash” that we’re talking about. And has the Reserve Bank of Australia noted this insidious tie-up of superannuation investment with the major banks and taken it into account for any bail-out war-gaming (scenario planning) regarding the big banks’ potential future stability?

Good questions here. We’ll keep on this one and put some questions into the Big Four, although, in the absence of a Royal Commission into the banks, nothing is likely to be done about it anyway.