The banks have virtually stopped lending to farmers, writes cattleman and veteran columnist for The Land newspaper John Carter. As the provision of credit is an essential service, there needs to be a rethink in the role of the Reserve Bank in society and the cherished position of the banking oligopoly.
As the drought continues and farmer debt explodes, one ponders possible solutions. Following the 19th century droughts, banks owned huge parcels of land. Understanding of finance has improved — thanks to John Maynard Keynes. But where to now? A moratorium as in the Great Depression? Bail outs as in the GFC? Northern flood disaster intervention?

Credit creation isn’t a subject that the general public are meant to understand. The GFC aftermath resulted in a wider realisation that if credit can be created from nothing for the rich financial sector, why can’t it be done for other sectors? A country with a central bank can always create credit in its own currency.

Provision of credit is an essential service, like water and power. Governments have given banks the licence to create it — with a supposed Government guarantee. Obscene profits follow. However, that hugely privileged licence carries a responsibility, —to provide credit to keep the economy operating. This should take precedence over shareholder returns. When banks stop lending, the economy freezes and anarchy beckons. Banks are currently sucking the lifeblood out of the real economy and multiplying the gap between rich and poor.

Worse, our major banks are exposed to derivatives (futures) to the tune of 50 to 100 times their capitalisation. Warren Buffet called derivatives “financial weapons of mass destruction”.  Our economy’s largest sector is now heavily into gambling.

In 1933, during the Great Depression, the Glass Steagall Act saw US investment banking separated from deposit holding banks, as is done in China. President Clinton had the Act rescinded, and opened the gates for the GFC. Bob Katter and Pauline Hanson are now trying to have the separation introduced here.

It doesn’t have the expense of branches as Internet banking takes over. It lends direct to the people at 0.5 or 1% interest, diverting the billions in 5-6% interest “mark up” by the Australian retail banks — to the real economy.

It leaves risky investment ventures to the retail banks which charge interest according to the loan’s perceived risk.

Because of its low-cost operation, the People’s Bank could increase interest paid on deposits, in contrast to the current peanuts given by banks to our nation’s savers — a crazy situation as the banks need to hold up to 10% of everything they lend.

Australia’s Current Treasurer and the Assistant Minister for Finance were senior figures in Deutsche Bank as it spiralled down with derivative gambling (its shares collapsing).

The Government’s fierce opposition to the Royal Commission or any change was understandable.  Jack Ma, Chinese Chairman of multinational Ali Baba, has said that banking’s protected dominance is unsustainable. They will become irrelevant as the Internet will see new forms of “oiling the wheels of trade” develop.

Ironically, the Government’s “drought loans” scheme may quickly be another subsidy to the banks, as farmers may swap their bank loans – which carry interest – for free government borrowings. The result, for the banks, is tantamount to another subsidy as Government reduces their exposure to the drought-ravaged rural sector.

Investigation: how the government is “punishing” bank crimes with tax breaks 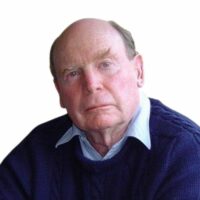 John Carter is a 5th generation Australian cattleman. Describing himself as activist, administrator, innovator, writer and conservationist, he continues to run his family property at Lake Edward, Crookwell in NSW. In between planting trees (over 30,000 last count), Carter writes the Counterpoint column for the Land newspaper. He also won a record 11 Land newspaper Oxley Awards between 1988 and 2005 as a ‘stirrer’ in the rural industry.