Bureau of Meteorology: under pressure to toe the Coalition line on climate change? While the UK’s Met Office is out there educating the public, BoM is remarkably coy about any public discussion of climate change. Questions have also been asked whether its senior leadership is too close to the gas industry. Sandi Keane investigates.

Since the days of the Howard government, effective action on climate change has been held hostage by the big polluters’ stranglehold on policy.

Last week’s leaked report from the National Covid-19 Coordination Commission Manufacturing Taskforce comes as no surprise from a commission stacked with executives from the gas and mining lobbies. Its recommendations are a bonanza for the fossil fuel industry and a chilling harbinger of the nightmare to come if, courtesy of the taxpayer, Big Gas is unleashed across our prime farmland.

During Australia’s catastrophic bushfires, there was little surprise when Scott Morrison continually batted away questions about whether climate change was a factor in the bushfires. The following was a typical response in answer to such questions:

“My only thoughts today are with those who have lost their lives and their families.”

​But are supposedly independent, government-funded organisations also coming under pressure to toe the government line?

After receiving tip-offs from former Bureau of Meteorology employees, Michael West Media conducted further investigation and found some disturbing evidence of the BoM suppressing the role of climate change.

BoM reports to the Minister of Environment (who rejected the call for an independent “green cop” to monitor the Environment Protection and Biodiversity Conservation Act) and the Minister for Agriculture and Water.

According to one of our sources – who wishes to remain anonymous – forecasters were regularly told “not to attribute individual events to climate change”.

“It’s just a convenient tagline that we can’t attribute climate change to any one weather or seasonal event,” according to another source who explained further: “It has now expired. Scientists within can use methods to credibly attribute events … I witnessed climate change censorship and suppression many, many times. From the pre-fire season briefings to the aftermath assessments, climate change discussion was being suppressed in all public dialogue from federal and state government, including the Bureau… If the science is alarming then the public need to be alarmed as that is the point of having an ‘apolitical, unbiased scientific agency with utmost integrity’ or so we would all hope.”

Furthermore, “the 2018 State of the Climate report produced by the Bureau and CSIRO clearly links increasing bushfire risk to changes in Australia’s changing and inherently variable climate”.

In BoM’s November 2019 video “bushfires and exceptional heat: what’s driving our weather right now?,” it runs for a full five minutes without once referencing “climate change”.

By comparison, the UK’s Met Office also answers to government, but its scientists warn constantly about the danger of “climate change”, especially as a driver of the weather. In its article headed “Effects of Climate Change”, aspects of weather such as heat waves, heavy rain and tropical storms are all “linked to climate change”. Graph from The Met Office’s article Effects of Climate Change

The Met Office’s video “Our climate is changing” also features on its Facebook page.

In the Met Office’s January report on causes of extreme fire weather in Australia, it says: “Ongoing climate change is projected to increase fire weather in Australia and elsewhere.” By contrast, BoM’s Special Climate Statements 72 and 73 from December 2019 and March 2020 mentioned several climate drivers but “climate change” was conspicuously absent.

At the March 2 Senate Estimates hearing, Dr Andrew Johnson, BoM’s chief executive, was questioned about climate change and its impact on bushfires. While climate change got a guernsey it was played down, yet Labor’s senator Marielle Smith was persistent (cf. p26)

Senator MARIELLE SMITH: “I appreciate there are multiple factors, but how much of a factor was climate change in contributing to the severity of the bushfires?”

Dr JOHNSON: “I wouldn’t want to speculate on that. I’m not sure it’s even possible to apportion components. All I would say is that those terrible fires were the result of many factors coming together simultaneously, one of which was very dry and hot conditions, and on the particular days on which those fires occurred, very windy conditions. As you know, there are a range of other things, including land use, terrain, the source of ignition and so on, that contribute to the fires occurring and how they behave.”

And later, on the role of emissions, Johnson responded: “That’s a matter of speculation. It’s not within the purview of the bureau to be predicting emissions scenarios.”

Compare that statement with UK’s Met Office: “The level of climate change we will see depends on how quickly we cut emissions of dangerous greenhouse gases. Even if we were to stop all emissions today, we would not prevent some changes. However, the sooner we cut emissions, the smaller the changes will be.”

BoM’s links to the CSG industry

A check on who is in charge at the Bureau of Meteorology reveals strong links to the coal seam gas industry. 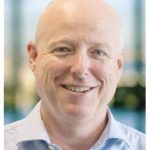 CEO and director of meteorology Dr Andrew Johnson and chief customer officer Dr Peter Stone both held executive posts at CSIRO, which was a partner with Big Gas in the joint research venture the Gas Industry Social and Economic Research Alliance (GISERA).

According to his LinkedIn page, Dr Johnson was also chairman of IESC (the Independent Expert Scientific Committee on Coal Seam Gas and Large Coal Mining Development) from 2012 to 2017.

He joined the bureau of Meteorology in 2016 while still at IESC.

GISERA recently conducted research into the impact of hydraulic fracking in Queensland’s Surat Basin to address “community concerns about the potential environmental impacts”. Its March 2020 report found “little to no impacts” from fracking on “air quality, soils, groundwater and waterways”.

The response from scientists last month was swingeing. Professor Ian Lowe accused the report of “failing the pub test” because just six gas wells out of the 19,000 across the state were tested. 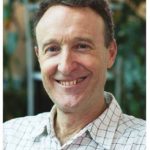 In a 2015 interview with SBS about the effects of coal seam gas, GISERA’s former founder and director, Dr Stone (now BoM’s CCO), spoke about “low” risk of water contamination. More on his links to CSG can be found on the Australian Government Transparency Portal.

While BoM correctly focuses on factors that contributed to our catastrophic bushfires, such as record-breaking temperatures, floods and droughts, is it failing to serve the public interest by not clearly identifying climate change as a contributing factor? As the Met Office reported from World Weather Attribution last month, Siberia’s heatwave and wildfires were attributed to climate change:

“The recent prolonged Siberia heat from January to June 2020 would have been almost impossible without the influence of human-caused climate change, according to a rapid attribution analysis by a team of leading climate scientists.”

“Australia’s Black Summer fires over 2019 and 2020 were unprecedented in scale and levels of destruction — and they were fuelled by climate change.”