Believe it or not, there’s a limit to the Government’s love of coal The Turnbull Government is yet to end its love affair with coal. Instead it blames the problems on activists and has directed the government’s export finance agency, Efic, to lend where other financiers fear to tread. This looks like denial, the first stage of grieving for a lost lover. The Australia Institute researchers Tony Shields and Rod Campbell believe the long romance with coal is finally losing its spark.

The Turnbull Government loves coal. A lot. But we may have just seen the first sign that this long romance is, at last, losing its spark.

Just think for a moment how bizarre that is. It’s one thing to love coal, but another to consider funding a coal mine that would compete against Australia’s own coal mines.

The Boikarabelo mine would be marginally profitable at best. The project has been trying to get off the ground since 2009 and as renewable energy continues to fall in price, the future for coal has become dimmer rather than brighter.

The proposed mine would have been the largest coal mine in South Africa and a significant source of greenhouse gas emissions. There are also other significant concerns about the South African coal industry including black lung disease among coal miners, groundwater contamination and improper land acquisition.

Despite being un-Australian, uneconomic and unethical, Efic held onto the idea of supporting the mine while other financiers such as HSBC and UK Export Finance quietly dropped the project.

The Australia Institute, Jubilee Australia and Action Aid raised these concerns publicly and in submissions and meetings with Efic itself for more than a year. Labor and Green MPs repeatedly raised concerns in Parliament and Senate Estimates.

We did it! @Efic_au are backing away from funding the huge Boikarabelo coal mine in Sth Africa. A huge win for #PeoplePower! pic.twitter.com/xEF9D2pS6T

Then one day late last year, Efic quietly changed a single line on an obscure page on its website and took Boikarabelo off its list of projects that it was considering. This was the only way the public knew that Efic would not fund Boikarabelo.

It could be the moment that the Turnbull Governmen’s’ love of coal began to turn. Like many jilted lovers, coal wasn’t going to leave without a parting shot. Resgen’s chairman, Denis Gately cried:

“Australian shareholders in [Resgen] will be well aware of the current difficulties in financing and developing thermal coal mines. Socio-economic forces associated with greenhouse emissions appear to prevail over the need for assured supply of power. [Resgen] has not been immune from those forces, even with a project being not in Australia, but in South Africa.”

Of course, while Australian agencies may have shunned an overseas coal lover, there are plenty more to keep the home fires burning. They have even changed Efic’s rules so it can lend to Australian coal mines as well as overseas mines.

In 2014, the Abbott Government directed Efic not to fund Australian mines because commercial banks already provided plenty of finance to the sector. Then in September last year, Trade Minister Steve Ciobo, decided that Efic should now fund small-medium Australian resource projects because banks were being “bullied” by activists into not funding mining projects.

Efic’s dropping of Boikarabelo funding is a win for those opposed to funding and for Australian interests generally. The win combined with the complaints of Minister Ciobo and Mr Gately and the directions to Efic to fund Australians coal projects extends Gandhi’s line about winning: First they ignore you, then they laugh at you, then they fight you, then you win…then they whinge and change the rules.

More seriously, the changes that have occurred are indicative of the changing attitudes of financial markets and the population to coal.   It is recognised that the future of coal is becoming bleaker. Financiers are increasingly unwilling to bet on the future of coal and lend for the 10 or 20 year plus year life of a mine and citizens are increasingly adamant that coal is the past rather than then future.

The Turnbull Government though is yet to end its love affair with coal. Instead it blames the problems on activists and has directed Efic to lend where other financiers fear to tread.  This looks like denial, the first stage of grieving for a lost lover. 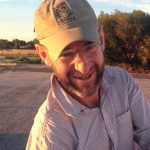 Tony Shields is an Adjunct Fellow at The Australia Institute, an influential think tank, based in Canberra.

He has a strong interest in transport planning and advocacy, particularly in the ACT.

Rod Campbell is an economist with over ten years experience and Director of Research at The Australia Institute. 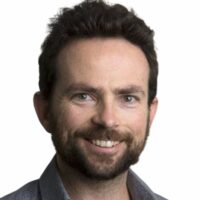