Are Thatcherism and Reaganomics your best answers, Josh? Reaganomics and Thatcherism were characterised by huge transfers of income and wealth from the poor to the rich, writes Roger Beale. Even such august institutions as the Productivity Commission argue that there’s little to be gained by going down the road of labour market flexibility.

Treasurer Josh Frydenberg has suggested we look to the Reagan and Thatcher legacies for inspiration to climb out of the Covid-19 recession – i.e. supply side economics. In his terms, this means bringing forward tax cuts, increasing workplace flexibility and reducing green tape.

Thatcherism and Reaganomics were characterised by huge transfers of income and wealth from the poor to the rich. During Margaret Thatcher’s 11 years in power the spending power of the poor actually fell while that of the top 10% increased strongly. Lower income groups only maintained their spending by borrowing. Household debt went from 37% to 73% of GDP. Unemployment rose from 4.2% when Thatcher took office to 6.1% when she left. In short there was no “trickle down” of prosperity and growth from her concentration on the supply side of the economy and cutting social services.

Meanwhile in the United States Reagan claimed that cutting tax rates, particularly for high income earners and on capital gains, would unleash so much growth that government revenues would rise, not fall, and public debt would shrink. His huge tax cuts of 1981 had exactly the reverse effect. As common sense would suggest, revenue plummeted and debt soared. The same thing happened when Bush cut taxes in 2001. Conversely when Bill Clinton raised the top marginal tax rate a few percentage points in 1993, tax collection soared.

The evidence suggests that Frydenberg is sadly mistaken if he genuinely believes cutting taxes for the already better off will unleash growth and repair the budget.

Some 40 years ago all the hard work was done to open up the economy, to cut tariffs, quotas and subsidies, and break up self-regulating monopolies. A floating exchange rate was introduced, and a national competition policy embraced, and a combination of industrial relations reforms and the increased competition in the economy drove greatly enhanced workforce flexibility.

There is little evidence from recent Productivity Commission reports that there is a lot to be gained by continuing to attack the supply side of the economy.

In the last comprehensive review of workplace relations, the Productivity Commission (2015) concluded: “Contrary to perceptions, Australia’s labour market performance and flexibility is relatively good by global standards, and many of the concerns that pervaded historical arrangements have now abated.”

On the ABC Insiders program on Sunday, Frydenberg also pointed to Thatcher’s success in increasing productivity by massively reducing strike action. But as the Productivity Commission noted in its 2015 report, “Strike activity is low, wages are responsive to the economic cycle and there are multiple forms of employment arrangements that offer employees and employers flexible options for working.”

Such statements suggest the Treasurer is going down a rabbit hole if he thinks increased workplace flexibility will unleash growth, increased productivity and higher incomes.

What is needed is the hard work to lift productive efficiency – the speeding up and broadening the implementation of new technologies and deepening and extending the skills of the labour force.

Australia entered the COVID-19 lockdown in a relatively poor position. For years, growth had been low and real wages stagnant; inflation was almost non-existent and productivity growth was poor.

The GDP growth Australia had experienced since the global financial crisis was essentially underpinned by high immigration rates and strong prices for our minerals export. The one bright spot was the nation’s relatively low debt as compared with almost all other OECD nations. This meant we had, and have, room to borrow at historically extraordinarily low rates.

Much of the debate before COVID-19 struck was about whether our poor growth was due to supply side economic failings or to inadequate demand flowing from depressed real earnings.

I, along with many Australian economists, think the latter was the issue. Low-income growth depresses demand. Relatively high effective tax rates (which include the relatively sharp tapering of welfare benefits) for low-income earners and women with children, in particular, could deter participation in the workforce and/or inhibit hours worked.

The government is proposing to cut taxes for those in the top half of income earners, but little change is on offer for those whose taxable income is below $45,000. The government proposes to lift the top tax threshold to $200,000, while those earning between $45,000 and $200,000 would pay a flat 30% on this portion of their income. This will principally help those in full-time employment and will be a major windfall for the middle to third quartile earners, and considerably more so for households with two middle-income earners.

Yet the biggest stimulus bang lies clearly with increasing the disposable incomes of those on the lowest incomes. A sustained increase in the JobSeeker/NewStart benefit and rental assistance for pensioners and benefit recipients, and tackling the effective marginal tax rates for those on lower incomes, is important both on equity grounds and to maintain demand.

The COVID-19 crisis has underlined the vulnerability of those on the lowest incomes, the highest levels of workplace flexibility and the lowest levels of job security. It is no coincidence that the resurgence of COVID-19 infections in Victoria has been linked with security staff, abattoir workers, aged care workers and the hospitality sector.

Job insecurity and the lack of sick leave are reportedly key factors in the failure of workers who are unwell to self-isolate. The last thing we need to do is extend into the broader economy the uncertainties of the gig economy and what these low income sectors are experiencing. COVID-19 has proved that to be resilient we need a cohesive society and you do not build that by creating more uncertainty.

Incomes and wealth in the top 10% of earners, and particularly the top 1%, in Australia have increased more rapidly than across the rest of the income spectrum.

There is a very strong argument that people earning more than $500,000 are being paid far more than is necessary to attract their labour, and earning more than can be explained by competitive markets for talent. This suggests there is little to be gained in terms of productivity improvement by increasing their disposable income by bringing forward the Stage 2 and Stage 3 income tax cuts.

Conversely, increasing the marginal tax rates on the highest earners would not result in a loss of productivity. However, it would send a powerful message that we are all contributing to the recovery and would help us maintain social cohesion – thereby avoiding the appalling divisions that are so evident in the US and across Europe.

More workplace flexibility, environmental deregulation and tax cuts for the top half of income earners are not the answer.

Purple House and MMT: new money creation is real, it is not a “leftist” conspiracy 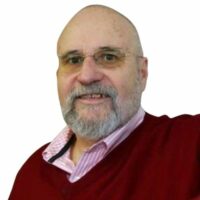 Roger Beale is an artist who was formerly a senior public servant. He received an AM for his contribution to microeconomic reform and was Secretary of Environment and Heritage from 1996-2004.