#Watergate: the billionaire, the minister and the accidental diplomats Sir Michael Hintze, recipient of the 2008 Australian of the Year in the UK award 2008, with Richard Alston (Image courtesy http://www.australiaday.co.uk/awards/2008)

Expat billionaire Sir Michael Hintze’s penchant for poaching former Liberal Party Australian High Commissioners has seen Richard Alston and Alexander Downer flit in and out of his orbit but his most enduring connections are Angus and Richard Taylor. Jommy Tee and Ronni Salt report.

London calling to the faraway towns

Now war is declared and battle come down

THE CLASH’S post-apocalyptic vision of a decaying London is probably the furthest thing from the mind of Australia’s politically appointed High Commissioner to the UK and former Liberal Party Attorney-General, George Brandis, as he sits surveying his surrounds at Stoke Lodge, London.

Notwithstanding the disaster that is Brexit, Brandis, whose appointment as High Commissioner commenced on 3 May 2018, is, no doubt, very comfortable in the plum diplomatic posting. The swish surrounds and gardens of Stoke Lodge (the High Commissioner’s residence) are likely to be Brandis’ tastes and even the bookcases would impress the cultured former lawyer.

The position of High Commissioner has been used by as a sinecure for politicians seeking retirement by various Australian federal governments for years. Four out of the last five High Commissioner’s have been political appointments; George Brandis, Alexander Downer, Mike Rann and Richard Alston — with the odd man out being career diplomat John Dauth.

Hintze, an ex-pat Australian and international hedge fund manager, donated $75,000 in the 2013 election year and $50,000 in the 2016 election year to the Liberal Party. When the Australian Electoral Commission releases the next set of political disclosure data, we await with interest to see if Hintze also kicked in for the 2019 campaign.

All of that, however, is small change really for a man of Hintze’s wealth given his multi-million pound donations to the Conservative Party. Still, there’s no need to donate big when you can get the antipodean conservatives for a fraction of the money of their UK brethren.

Take Stoke Lodge for example. It often hosts small functions, but Hintze, together with former High Commissioner and Liberal Party minister, Richard Alston, were able to convince then High Commissioner, Alexander Downer, to rent out the entire Stoke Lodge in July 2014 for what was described as an “extraordinary function”. The function’s main purpose remains unclear, although the charge of it being a fundraiser for the Liberals or Tories was denied.

In the world of the cronies with its regimen of doing favours to cronies, it probably comes as no surprise that Hintze appears to have a penchant for parachuting former Australian High Commissioners – from a Liberal Party background – into corporate positions with his many companies.

Interestingly, at the time of the Stoke Lodge soiree, Alston was, and still is, a director of Vapold Pty Ltd — a fund-raising front company and associated entity of the Liberal Party. Alston’s fund raising for the Liberals seems endless as he has added board positions on the Cormack Foundation (Liberal Party linked entity) and the Chinese based Waratah Group – the latter donating $250,000 in 2017-18 to the Liberal Party – and he was also previously a director of Parakeelia.

Parakeelia was the money washing machine that effectively turned taxpayers dollars into Liberal Party donations. They do say behind every good bookie is a bagman and a good satchel swinger.

During his tenure as High Commissioner, the former incumbent, Alexander Downer in 2017 remarked of Michael Hintze in a profile the AFR did on Hintze:

“He has a brilliant mind – a hugely clever guy,”

That type of glad-handing can go a long way in the world of corporate mateship. Not to be outdone by Alston, after signing off on the Stoke Lodge soiree at the start of his posting, and before ending his hardship post as Australian High Commissioner, Alexander Downer adroitly landed on the featherbed of the board of the Hintze led CQS.

In a stroke of remarkable luck, Downer became a director of CQS on April Fools Day, 2018 even though his term as High Commissioner did not end until April 27, 2018  — which all seems to be too coincidental and quite possibly outside due diplomatic processes and riddled with conflict of interest but in the game of mates, who’s keeping count?

If you can leverage a tax-payer funded diplomatic posting into a cushy job in the corporate world, it’s double your luck.

While Hintze has provided largesse to at least two former High Commissioners, he has also parlayed his philanthropy into other beneficial positions. Hintze was the lucky recipient of a government appointed position when the then Treasurer, Joe Hockey, appointed Hintze to the Abbott government’s Financial System Inquiry in March 2014.

At the time of the appointment, Mark Kenny in The Sydney Morning Herald (SMH) revealed Hintze’s CQS companies had just settled with the UK taxman for an amount of $43 million after the CQS group used “employee benefit trusts” that ran foul of authorities. The CQS group is a prolific user of the Cayman Islands tax haven, having at last count at least 33 subsidiary companies registered there.

The SMH went on to report that an estranged former business associate of Hintze, James Harker-Mortlock, questioned the selection of the British-Australian businessman at the time.

“I’m just not convinced that someone who is such a known non-believer in the tax system should be engaged to advise on issues which inevitably will turn to the taxation and regulatory framework for business.”

Many may not know that, among his many talents, Hintze is also a financial backer and supporter of the Global Warming Policy Foundation whose mission is to challenge scientific claims of anthropogenic climate change. With that policy pedigree, it was not surprising that Hintze also bankrolled part of Tony Abbott’s climate change denial tour including the funding Abbott’s trip to New York in 2016. Hintze even gave Abbott’s speech an airing on Hintze’s personal website.

However, while the Alstons, Abbotts and Downers of this world might be infrequent flyers in Hintze’s orbit, one of Hintze’s most long lasting connections is with the Taylor family — specifically Angus and Richard Taylor.

That would be the same Angus Taylor who continues to be mired in the #Watergate scandal, largely by refusing to fully divulge who the ultimate beneficiaries of an $80 million water buyback were, as overseen by then Minister for Water, Barnaby Joyce.

As we have seen with the #Watergate scandal, Angus Taylor is himself very familiar with establishing companies registered in the Caymans, so he has some affinity on that score with Hintze.

MH Premium Farms now owns 40 properties in Australia including some that grow the water thirsty crop of cotton.

One of the Hintze properties – Deltroit Station – gained some notoriety as recently as last year when Prince Charles visited his billionaire financier friend Hintze there and stayed at Deltroit Station near Gundagai during his last Australian tour. Senate Estimates later heard that component of the royal visit was a private stop-over proposed by the royal couple (and which the taxpayer paid the tab for) —  although why the parties could not catch-up for high tea at their convenience back in the UK has never been fully explained.

All of this leads to the obvious conclusion that Hintze wields influence and is extremely well connected to the Liberal Party and its apparatchiks. Outsiders can only guess what that influence actually is and how it is used, or what really goes on behind the closed doors of the crony club.

Going on past practice, when it comes time to renew the High Commissioner’s position in a few years, it would not surprise anyone if the current High Commission incumbent comfortably lands a position with Hintze’s CQS group, giving lie to the closing lyric of The Clash’s most famous song:

London calling, yes, I was there, too
And you know what they said? Well, some of it was true!
London calling at the top of the dial
And after all this, won’t you give me a smile? Ronni Salt is also an independent researcher, who comes from the land and has  an interest in politics and current affairs. The identities of the authors are known to the editors of this publication. 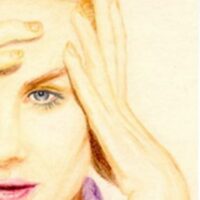