Australia. the US, the UK and the European Union are refusing to waive intellectual property rights to Covid-19 vaccines so developing countries can produce the vaccine locally. This refusal, in the face of vaccine hoarding by rich countries, is likely to cause millions more deaths because of slower access to a vaccine. It is also extremely short-sighted because long delays in global vaccination will enable more powerful variants to emerge. David Legge and Sun Kim report.

Vaccine nationalism is continuing unabated in Australia and other rich countries. Politicians play to lockdown-fatigued publics, boast of procurement deals and promise herd immunity. Meanwhile many low- and middle-income countries face long delays in accessing vaccines, even for frontline workers and vulnerable groups.

Millions of lives could be saved, and long delays in accessing vaccines eased, if the World Trade Organisation waived certain provisions of its intellectual property agreement that deals with copyright, industrial designs, patents and so on in regard to Covid-19. Such a waiver would enable lower income countries to access the vital technologies to scale up local production of the Covid-19 vaccines.

While more than 100 governments support granting the waiver, Australia, the US, the UK and the European Union continue to oppose it.

Last October, India and South Africa proposed that the WTO agree to waive sections of the TRIPS Agreement that relate to Covid-19 and for the waiver to remain in place until widespread vaccination had occurred globally, and most of the population had developed immunity.

On a doses-ordered per capita comparison, the US (10.2 doses per person), the UK (7.6), the EU (6.5), and Australia (5) stand out. These countries are expecting to achieve herd immunity by the end of this year.

In comparison, the African Union (AU) has deals for just 970 million doses for a population of 1.34 billion people, which is well below one dose per person, and for which the funding is still not secured. Zimbabwe (population 14.8 million) has 600,000 doses booked which will cover just 4% of the population.

If low- and middle-income countries have to wait an extra year or two before achieving herd immunity because the West is commandeering the vaccines, there will be about 40-50 million more cases of vaccines, and perhaps 2 to 3 million additional deaths. Many of the deaths will be of health workers.

IP barriers to scaling up production

One issue limiting vaccine production is the use of intellectual property laws to restrict production to licensed manufacturers. Is it possible that restrictions on supply are being imposed to maintain prices and profit flows in the longer term?

It is well to remember the HIV/Aids crisis of 1997-2001 when 39 pharmaceutical companies sued South Africa to try to stop it enacting legislation aimed at reducing the price of medicines for South Africans. This lawsuit effectively was based on maintaining huge profits by denying life-saving treatment to millions of people.

In the case of Covid the refusal of pharmaceutical companies to support open licensing through the Covid Technology Access Pool (C-TAP) and their refusal to participate in head to head, comparative trials of the various candidate vaccines reflects the profit calculations they are making. This is despite the huge public funding that has gone into the research and development and production support of vaccines.

It is ever more obvious that private enterprise and the ‘free market’ are not well suited to the development and production of global public goods.

Without massive grants to rich countries and procurement deals, the rapid development and production of the Covid-19 vaccine would have been impossible.

Meanwhile, Covax, the global initiative aimed at equitable access to Covid vaccines excludes upper middle-income countries from any subsidy, and only aims to facilitate the vaccination of just 20% of the population of participating countries.

The recent announcement that 90 million doses will be delivered to African countries through Covax by mid 2021 will only cover 3% of those countries’ populations. While Covax aims to deliver a further 600 million doses by the end of 2021, enough to immunise 20% of the population, this is optimistic in terms of procurement and delivery is nowhere near close to achieving herd immunity.

The objective of reaching herd immunity thus always depended on countries procuring the vaccines through the open market.

Variants of the virus

The projections regarding vaccine supply are complicated by the emergence of new variants, against which the first generation of vaccines aren’t as effective.

If more virulent, more transmissible strains of the virus develop and circulate in the rest of the world, the risks to the rich world will be heightened.

However, the proposed waiver is not enough on its own. Absolutely critical to production and scaling up vaccines is access to the manufacturing know-how.

However, the waiver on its own will not be sufficient. There will be an associated need for massive investment in the scaling up of research and development and production capacity in low and middle income countries, including through organised technology transfer.

Resistance to the waiver needs to be understood as a refusal by the transnational capitalist class to contemplate any weakening of extreme IP. Notwithstanding the prospect of a huge avoidable disease burden in the low and middle income countries, neoliberalism will not take a backward step in the campaign to defend capitalist privilege.

Big Pharma, and the transnational capitalist elite more generally, are facing a crisis of legitimation arising from popular revulsion (in the developing countries) regarding the selfishness of vaccine hoarding by the rich countries and their defence of extreme IP.

The risk, for the transnational capitalist class, is that the governments of low and middle income countries are being forced to break with the neoliberal project of the West. China and Russia are clearly differentiating themselves from Western vaccine producers through prioritising the export of their vaccines and accepting slower vaccination at home.

WHO is still waiting for China and Russia to provide all of the data required for WHO for pre-qualification purposes.

Now that G7 countries are losing face to China and Russia, but still determined to refuse the waiver, the G7 countries are boosting their funding of the Covax facility to increase supply. Yet this facility will still only aim to vaccinate up to 20%.

Facing several more years of the pandemic and the prospect of higher prices when Covax concludes, the need to expand vaccine production appears self-evident in the global South. The demand for the TRIPS waiver is unlikely to go away. 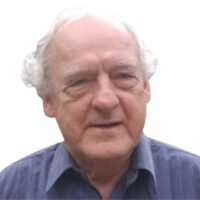 David Legge is a scholar emeritus in the School of Public Health and Human Biosciences at La Trobe University in Melbourne and a founding member of the People’s Health Movement.