‘Intruders’ not welcome: Coalition to decide who is worthy of education funding When Scott Morrison became prime minister in 2018, the Coalition poured an extra $4.6 billion over a decade into Catholic and independent schools. Productivity Commission figures released this week show government funding for non-government schools continues to grow at a faster rate than for public schools. Judging by statements the new federal Education Minister Alan Tudge made to Parliament, that inequality will deepen. Lyndsay Connors reports

Private schools should not be “compelled … to take certain cohorts of students (my emphasis) or lose school funding”. So said the now federal Education Minister Alan Tudge when discussing the then Labor government’s plan for a more equitable approach to school funding.

Tudge expanded on those sentiments in his speech to parliament in 2011. Catholic and independent schools may for the first time be required to take these ‘certain cohorts’, which would amount to “an incredible intrusion”.

His short speech had connotations of the Howard mantra that “we will decide who comes to this country and the circumstances in which they come”.

The graduate of Haileybury College in Victoria did not elaborate on the nature of those characteristics of the groups of students he considered unwanted intruders in his preferred schools. By using the word “intrusion” into private schools, Tudge likely had in mind those groups who remain under-represented in these schools – often because they require more than average support to learn effectively and who are therefore more costly to educate.

Was he advocating that the heavy lifting continue to be borne by the public schools sector?

As  research by Trevor Cobbold and Save our Schools has so persuasively shown, the Morrison government how well and truly abandoned public schools in favour of funnelling ever more money into non-government schools. The funding increases for private schools planned by the Morrison Government to 2029 will only exacerbate the disparity.

Or was Tudge’s reference to ‘certain cohorts’ intended to signal to private schools that he could be relied upon to uphold existing forms of exemption from anti-discrimination legislation?

Or all of the above?

Alan Tudge’s words suggest he will sit comfortably among previous federal Coalition education ministers. Since the 1970s, the priority for the Coalition in relation to schooling has been to use public funds to defend and expand the kinds of schools that are free to decide, in their own self-interest, which students come to them and the circumstances in which they come.

The only exception could be the Liberals Simon Birmingham, who was replaced by Dan Tehan after having the temerity to point out that some non-government schools were being over-funded. A minister who defends the integrity of government policy rather than engaging in special deals for political advantage would expect to be respected, but not in a country where there is no level of income from private sources that can render a private school ineligible for public funding from both levels of government.

Where Labor has generally placed an emphasis on equity and needs-based funding for schools, the Coalition has focused on increasing the entitlement-based funding that is provided to schools, irrespective of need.

In 2000 former Howard government minister David Kemp turbo-charged the privatisation of schooling in line with neoliberal political philosophy, which has been a significant contributing factor to Australia now being one of the OECD’s most socio-economically stratified school systems.

Between them, the Abbott, Turnbull and Morrison governments have destroyed Labor’s original Gonski framework, whose principle was funding based on student need and was sector-blind (ignored whether the child was at a public, Catholic or private school and was funded on individual need).

Consider the marketing slogan of the Department of Education, Skills and Employment: “Students with the same need within the same sector will attract the same support from the Commonwealth.” Nothing about all students across the nation needing support.

The Hansard record strongly suggests that Tudge will not be interested in taking a broad, holistic view of our national school system nor to concern himself unduly with public schools.

To say the least, it is disturbing that decisions about the allocation of Commonwealth funding to schools, and how much they get, are led by a person who divides Australia’s school students into those who are the chosen and those who are the intruders.

Moreover, a high quality school system contributes to a strong democracy by building the capacity of all its citizens to think rationally about their world and to engage in informed debate, including about what shapes a just, moral and equitable society.

And if we have learned anything about the damage wrought on democracy by Donald Trump it is that words matter. So the question is: will Tudge as Education Minister focus on the outcomes of all or just the chosen few? 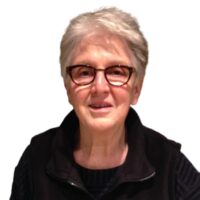 Lyndsay Connors AO has held senior positions in education at both the national level and in NSW. In 2015, she co-authored Imperatives in Schools Funding: Equity, sustainability and achievement.