Controlling the mind. Photo by @anniespratt on Unsplash

Regulators expect Google and Facebook to sue the Government over a looming “mates-deal” to protect Rupert Murdoch’s News Corp and Nine Entertainment from competition. Taxpayers will be on the hook. Quentin Dempster reports on the latest media battle.

With Australians about to lose their local and metropolitan newspaper coverage the competition watchdog, having been sent to the rescue, is now facing the prospect of lawsuits from tech giants Google and Facebook.

This became clear as Australian Competition and Consumer Commission chairman Rod Sims revealed the ACCC now had “considerable vital and urgent” work to be done to develop the world’s first mandatory news media revenue sharing laws. The draft laws will be ready by July and are likely to be legislated with bipartisan parliamentary support later this year.

The laws will stipulate that digital platforms, which include the market dominant Google and Facebook, will have to comply with “the monetisation and the sharing of revenue generated from news through data sharing, ranking and display of news”.

But because the new laws will mandate “revenue sharing” rather than a European “Google tax“ or an “aggregators’ fee” imposed in Spain, the ACCC has asked its legal advisers to frame the legislation in anticipation of a legal challenge in the Federal Court and ultimately the High Court to test both competition and copyright law in Australia. Any precedent established in Australia is likely to have flow on effects in all other jurisdictions worldwide.

Google and Facebook, both United States enterprises, have devastated American local and metropolitan media with closures of print mastheads across the US after collapsing ad revenues, rapid circulation declines, dramatically depleted local coverage and the vaporising of thousands of media industry jobs. There has been little or nothing traditional print media companies in the US have been able to do about it.

But under the proposed new laws here, the Australian Communications and Media Authority will be the assigned digital platform regulator with enforcement powers through fines and copyright “take down” orders.

The ACCC’s digital platforms inquiry last year, the most comprehensive investigation ever undertaken, recommended requirements for “designated agents of digital platforms” to be available during Australian business hours and for bulk notifications to stop and penalise repeated infringements.

Google and Facebook both say they had been negotiating in good faith for the development of a voluntary code before Treasurer Josh Frydenberg and Communications Minister Paul Fletcher intervened last week to order the ACCC to urgently move to develop a mandatory and enforceable code. The ACCC had formally reported to the government that any voluntary code appeared to be non-negotiable.

“Google this”, Rupert Murdoch’s The Australian provocatively headlined when breaking the news of the Treasurer’s determination to regulate the tech giants. News Corp Australia’s chairman Michael Miller and Nine Entertainment CEO Hugh Marks have been leading the lobby pressure on the Morrison Government for regulation. Both entities operate pay walls for access to their many masthead sites but have complained that the tech giants effectively plagiarise their news articles through what are called “snippets”, short descriptions which appear when users “google” a topic or question.

Nine, which publishes The Sydney Morning Herald, The Age and the Australian Financial Review has a separate commercial arrangement with Google but has demanded tech platform regulation nevertheless.

Google and Facebook have argued that the use of “snippets’ is allowable under fair dealing conventions and generate click-through traffic to news sites from which paying subscribers may be signed up. The ACCC inquiry did not recommend banning or licensing the use of snippets, instead urging parties to negotiate commercially over their content and length”

In the last 10 years as the tech giants gathered user ubiquity and market power in Australian advertising and commercially exploitable mass consumer data, the loss of revenue, coming after “rivers of gold” classified advertising migrated to separate website businesses from the 1990s, has hit even harder.

In the ten years to 2018, a net total of 106 newspapers closed. The ACCC found 21 local government areas initially serviced by at least one local or regional newspaper were left with no coverage.

And now through the COVID-19 pandemic all print and online media have been devastated by the further loss of advertising during the national lockdown.

Regional mastheads have suspended their print editions during the crisis. News Corp suspended the print editions of 60 community newspapers. So severe is the revenue impact that the Federal Government has announced $100million of direct financial stimulus and grants to help save regional media from insolvency.

It seems unlikely that many of these print mastheads will return after the COVID-19 lockdown. And last week former News Corp CEO Kim Williams told an Australia Institute “Media in Crisis” webinar that, while regional print was effectively over, all Australia’s metropolitan masthead newspapers also were now “terminal” within a matter of years.

While their names may live online with digital subscription revenues increasing, metro newspaper circulations were still rapidly declining caused by the loss of advertising revenues and consequential depleted coverage.

The ACCC’s digital platforms inquiry found that while total advertising expenditure in Australia has risen with population growth to $16 billion annually by 2018, radio, TV, outdoor and cinema and print ad revenues have fallen consistently since 2007. By 2018 Google, Facebook, and online classified sites had taken half — $8 billion. Although the ACCC has coercive powers to break through commercial-in-confidence secrecy, it has not posted any conclusive findings on the revenues calculated to be generated specifically by news content searchable on both Google and Facebook.

The digital revolution in Australia has produced free online-only starts ups like Guardian Australia, The New Daily, The Conversation and Michael West Media which should all benefit financially from any revenue sharing. These free news and current affairs sites acknowledge they all benefit from user traffic directed to them via Google search, Facebook, Twitter and social media generally. They are happy that their content is freely accessible as is the content from the public broadcasters, the ABC and SBS.

There is concern that if the ABC and SBS earn income from any new level playing field revenue sharing regime a hostile federal government will simply discount their taxpayer appropriations by the requisite quantum each year. This is likely to be a contentious point as both public broadcasters complain of funding starvation. Kim Williams, currently chairman of the Copyright Agency, told last week’s webinar that the ACCC’s mandatory code may not be the way to go to build a dynamic, competitive Australian news media industry particularly at the regional and local level.

Negotiations with the digital platforms have involved only 25 invited Australian media companies but not the now substantial freelance journalism sector.

“The ACCC is generally disinclined to support collecting society models,” Mr Williams said. Such models as the Australian Performing Rights Association, the Phonographic Performance Company of Australia, Screen Rights and the Copyright Agency operated under the Copyright Act and consolidated monies which were distributed to original content creators and publishers through usage and sampling technologies. “This is about copyright. The digital companies use material without properly compensating the true owners of that material,” he said.

The ACCC’s Rod Sims would not respond to Mr Williams’ remarks, instead saying the ACCC was “under direction” from the Federal Government to develop “a mandatory bargaining code that addresses the imbalance in bargaining power between Australian news media businesses and each of Google and Facebook”.

“Various issues will be considered during the code’s development, including its scope and potential arrangements for determining the value of content”.

But while the ACCC drafts its new laws in anticipation of a time-consuming test case from Google and Facebook, it may already be too late for much of
Australia’s remaining and still struggling advertising-dependent media.

Editor’s Note: As Quentin Dempster says, Google and Facebook have vaporised traditional media jobs and revenues. At Michael West Media, we agree Google and Facebook should pay for content but any deal which favours traditional media over independent media would simply entrench the power of Rupert Murdoch’s News Corporation and Nine Entertainment which are organs of government and corporate propaganda.

It is not clear yet how content providers might be remunerated under the ACCC deliberations but coverage of the subject in Nine media suggested a size threshold may be introduced. Ominously, this augurs for yet another government “mates-deal” to subsidise friendly mainstream media.

At MWM, we led the investigations into aggressive tax dodging by Google, Facebook and other digital multinationals. A more obvious route to funding journalism would be to tax Google and Facebook appropriately and furnish independent media (engaged in public interest journalism) with tax breaks or other funding. Unfortunately for Australians, there is no political mileage to be gained by allowing independent media to rise because it would undermine entrenched government influence over the traditional media giants. 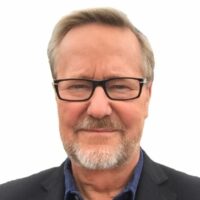 Quentin Dempster is a Walkley Award-winning journalist, author and broadcaster with decades of experience who now writes for The New Daily. He is a veteran of the ABC newsroom and has worked with a number of print titles including the Sydney Morning Herald. He was awarded an Order of Australia in 1992 for services to journalism.