Demanding accountability from the Minister for Aged Care Services, Richard Colbeck, is being “a knocker”. So says our King of Spin, Scott Morrison.

Given the media’s new obsession with appearances – and whether people smile for the camera – it was not a good look for Colbeck to be enjoying an outing at the cricket on the same day he declined to appear before the Covid-19 committee. In a letter to chair Katy Gallagher, Colbeck claimed he could not justify “diverting the time and resources” of his office given the pandemic was at a “critical point”.

That the aged care system is at a “critical point” was an understatement. On the day Colbeck was out and about at the cricket (14 January), thousands of older people were in lockdown. Some 1,107 of the 2,704 federally operated private aged care homes (40 per cent) were locked down. The residential aged care system was in crisis.

Colbeck deserved the public’s opprobrium and more for prioritising his sports portfolio over his aged care portfolio. However, many advocates have been “knockers” of Colbeck long before his recent soirée at the cricket.

Here are a few of Colbeck’s highlights: he

Perhaps his greatest failure was in allowing Omicron “to rip” through aged care homes without ensuring residents were protected.

As a result of this failure, 389 residents have died so far this year.

On average, 14 older people have died each day. Imagine the outcry if they were children. The older people who died were partners, siblings, parents, grandparents, aunts, uncles and friends. They have left behind people who loved them and who are now grieving.

Not just ineptitude, secrecy too

During the first six months of the pandemic, the data on outbreaks in aged care homes was considered to be “top secret”. However, since September 2020, the Department of Health decided to come clean and release this data.

Just a month earlier, at a Senate inquiry hearing on August 4, 2020, Dr Brendan Murphy, secretary of the Department of Health, and Senator Colbeck, the Minister for Aged Care at the time, refused to name the aged care homes with outbreaks during Victoria’s second wave. Providers didn’t want to be publicly named because they were worried about “reputational damage”.

It is not the role of the Health Department or a Minister to protect private enterprises from reputational damage. So I began preparing a weekly list of the outbreaks in Victorian aged care homes in 2020.

After a month or so of updating my list (mostly from intel from members of my Aged Care Matters Facebook Group), the Health Department released its first weekly report on 11 September 2020. At that time, an outbreak was defined as one resident or staff testing positive for Covid.

More recently the Department has listed only the names of aged care homes with two or more Covid cases.

This data has been released every week. Since the Delta outbreak in NSW, I have kept track of the number of cases (residents and staff) and deaths (residents) in each aged care home. My spreadsheets have been important for families who do not receive timely information from the aged care home.

In December, the number of aged care homes with outbreaks began to increase significantly.

On 31 December 2021 – when Omicron had begun to spread like wildfire in aged care homes – the Department did not release the weekly data. No explanation was given for this failure to keep the public (including families) updated.

Two weeks later (7 January), the number of homes with an outbreak had exploded, more than quadrupling to 495. The 7 January report showed about 15 per cent of aged care homes in NSW were in lockdown because a staff member (not a resident) tested positive. These lockdowns were entirely preventable – all it needed was to ensure all staff took a rapid antigen test before they began their shift. I first wrote about using RATs in aged care homes Michael West in December 2020.

The 7 January report was riddled with mistakes. For example, numerous home care providers were listed as residential aged care homes. I emailed the Department, hoping it would correct the errors. I did not receive a reply.

On that day, the Department indicated in a footnote of the Weekly Report that there were “technical issues”. Rather than delay the report until these issues were resolved, someone in the Department decided to cut and paste the Appendix from the previous report, perhaps hoping no one would notice.

I noticed – and I was appalled! No data is better than misleading data.

Because of poor communication from many providers of aged care homes, families rely on the weekly report (and my spreadsheet) for accurate information. In my six years of advocacy, the Department’s decision to release a report with misleading data was the nadir.

The decision to cut and paste the Appendix is yet another example of the Health Department’s lack of transparency and accountability.

If we can’t trust the Department to release accurate information, who can we trust?

Nonetheless, I continued to update the spreadsheet. Last week, this

I also noted that 105 aged care homes had a surge in numbers of residents with Covid over the past fortnight while 71 had no change in numbers.

How are some aged care homes containing the spread of the virus while it is ripping through other homes? The answers are critical because it will save lives.

What factors are contributing to the spread? Is it: 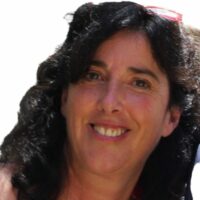