As Australia cooks under forecast record temperatures this week, the Coalition is still trying to cook the books by claiming carry-over Kyoto credits to mask its abject failure on climate action. Sandi Keane updates how the Kyoto credits were conjured up courtesy of former prime minister John Howard.

Scandal-magnet, Angus Taylor, and the elusive Melissa Price have returned ingloriously from COP25 in Madrid with nothing to show but a Fossil of the Day award and the festering sore which is Australia’s global reputation courtesy of successive Coalition governments since John Howard. Along with the US, Saudi Arabia and Brazil, Australia brazenly killed off the 1.5ºC target and claimed loopholes to protect vested interests. The urgent need for a fair, binding target as well as a carbon market is now stalled till next year’s COP26 along with Australia’s controversial claim for carry-over Kyoto credits.

Australia now ranks last, globally, on climate policy according to three think tanks. The NewClimate Institute, the Climate Action Network, and Germanwatch assessed the actions of 57 nations across the categories of emissions, renewable energy, energy use, and policy. The report, the 2020 Climate Change Performance Index, ranks Australia as the sixth-worst performer in all four categories, making it the worst overall in all 57 countries.

“Australia as the sixth-worst performer in all four categories,

making it the worst overall in all 57 countries.”

Australia has ranked in the Top 20 polluters for several years now. In this latest chart, we are 15th, producing more CO2 emissions than UK, France and Italy with far higher populations.

A brief primer — the Coalition’s sell-out to fossil fuels

The recognition gained by the Hawke and Keating governments as a team player on global warming came to a sudden halt under the new Howard government in 1996 when mining interests were put ahead of national and global interests.

An early indication that the fossil fuel industry’s interests would hold sway over Howard’s climate change policy was the Prime Minister’s appointment of then Senator, Warwick Parer, as Minister for Resources and Energy. For readers following our Revolving Doors, you’ll be unsurprised that Parer was a former executive with Utah Mining and chair of Queensland Coal Mine Management. He was also an obligatory climate sceptic prepared to go to great lengths to keep the coffers of the coal lobby stocked to the hilt — and his own, as it turned out. His undisclosed personal stake of $2 million in shares in three coal companies breached the Prime Minister’s ministerial guidelines. When Parer offered his resignation, Howard declined on the grounds that “it could be perceived incorrectly as an admission of some sort of guilt”.

In the lead-up to Kyoto, Parer talked up the economic advantages of coal and made it clear Australia would not be cutting emissions any time soon as it affected “jobs and growth” — a slogan that would be trotted out ad nauseum by the Coalition for the next 20 years.

But the public thought otherwise. Support for climate action was strong even then. A Nielson-McNair poll showed 90% of Australians were either “concerned” or “very concerned” about global warming; 79% felt we should sign a treaty to cut emissions; and 68% said economic pain should not stop the signing of such a treaty.

In response to public concerns, vested interests both here and in the US stepped up their campaign to discredit the science of global warming and the governments of both countries – responsible for the world’s highest per capita GHG emissions – rolled over.

So, to derail negotiations at Kyoto, alone among other developed countries, Howard took with him key lobbyists from the mining industry. Australia’s about-face on mandatory targets was met with hostility, but no surprise, after officers of the Department of Foreign Affairs and Trade and the Australian Bureau of Agricultural and Resource Economics (ABARE) had toured the world ­using research paid for largely by vested interests to lobby for a special case for Australia because of its dependence on fossil fuels.

In an eleventh hour bid to restore some credibility, Howard used his legendary rat cunning to hit on a trick that would con the rest of the world and appease his party’s major donors. He’d demand “land use” be included in emissions calculations.

Ignored by the government until then, a greenhouse inventory showed that emissions from land clearing were around 20 per cent in 1990 — the expected base year for the Kyoto Treaty. What really piqued Howard’s interest was that land clearing had been in rapid decline since.

Howard’s “land use” credits con trick was sheer genius. Here’s how it worked:

In the late 1980s, up to 500,000 hectares of land in Queensland were cleared every year. But after a 15-year campaign by the Wilderness Society, supported by the public, the new Goss Labor government signalled that, after 1991, permits would be needed to clear native bushland. Unsurprisingly, in 1990, land clearing reached a record 765,000 hectares, as huge bulldozers using chains were unleashed on a massive scale.

The historical Kyoto Protocol base year was set at 1990.  The arithmetic was a no-brainer.

By insisting land use emissions be included in the calculation, Australia’s total greenhouse gas emissions could be miraculously reduced by doing diddly-squat and pave the way for the big polluters to increase theirs. Emissions from fossil fuels rose by 35 per cent in the fourteen years from 1990 to the federal election in 2004.

Howard’s lead negotiator was Meg McDonald. Having secured a “do nothing” Kyoto deal, she subsequently joined Alcoa as head of corporate affairs. Clive Hamilton described her as one of the “dirty dozen” climate skeptics who influenced Coalition policy.

Since then, even the Newman government’s overturning of Beatty’s ban on large-scale clearing has made little impact on the massive stockpile of credits from 1991.

It was the lowest point in the sorry history of the Coalition’s shirking of its responsibility to act on global warming. Australia would do zip and there was nothing the rest of the world could do about it.

Other than Brazil (who is using double counting), other countries have  now cancelled their Kyoto carryover credits. At the same time, concern about global warming by Australians has reached a five year high (increasing to 78 per cent, up from 66 per cent in 2017).

According to a Climate Analytics report, ‘Australia’s proposed ‘Kyoto carry-over’ – nature, scale, implications, legal issues and environmental integrity of the Paris Agreement’– there is no “legal” basis for the carry-over of credits of pre-2021 units from the Kyoto Protocol for use under the Paris Agreement. They are separate treaties. Even under the Kyoto framework, the use is not permitted beyond the 2013-2020 period.

Gilles Dufrasne at Carbon Market Watch summed it up:

“Currently, carbon markets risk creating massive loopholes to reach climate targets on paper without actually reducing emissions, it’s cheating. Certain countries want to exploit the past to cheat the future when what we need is real action to match the scale of the climate emergency.” 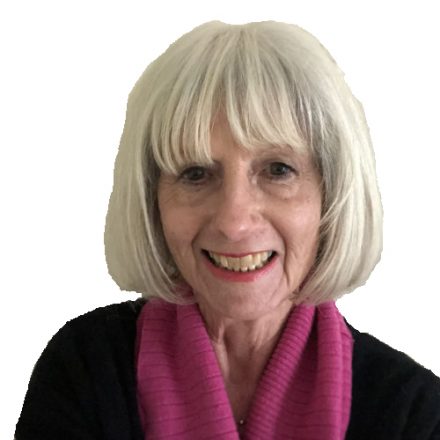