It is the journalists from The Guardian and New York Times who should be in jail, not Julian Assange, said Mark Davis last week. The veteran Australian investigative journalist, who has been intimately involved in the Wikileaks drama, has turned the Assange narrative on its head. The smears are falling away. The mainstream media, which has so ruthlessly made Julian Assange a scapegoat, is silent in response.

Greg Bean likens the revolutionary work of Julian Assange to that of Johannes Gutenberg who invented the printing press. Government reaction, 580 years later, is similarly savage.

Five hundred and eighty years ago, Johannes Gutenberg introduced the printing press to the world. That single act created a free press which gave birth to the concept of freedom of speech. The two are inextricably linked; printing is a form of speech.

Gutenberg’s invention started the Printing Revolution, a milestone of the 2nd millennium that initiated the modern period of human history including the Renaissance, the Reformation, the Age of Enlightenment, and the Scientific Revolution, and began the knowledge-based economy that spread learning to the masses.

The broad circulation of information, including revolutionary ideas, in many languages, undermined Latin’s dominant status and the authority previously held by those trained in Latin, it transcended borders, threatened the power of political and religious authorities, increased literacy breaking the monopoly of the literate elite on education and learning, and bolstered the emerging middle class. It increased cultural self-awareness and cultural cohesion and undermined the authority of distant rulers and high priests.

His major work, the Gutenberg Bible was the first printed version of the Bible.

Until 1439, Bibles were hand-scribed by rooms full of monks. There were virtually no mass produced books. Only an organisation able to fund these scribe factories could generate information that could be shared with others, in Latin. The Catholic Church was not impressed that Gutenberg made these scribe factories redundant.

But that’s just one enemy Gutenberg created. As well as destroying religious control he destroyed political control, which was largely aligned with the Church across Europe.

And then he destroyed the monopoly of the literate elite, creating educated populations where previously, powerful nobles had unchallenged control. Then, by supporting the local languages, all of which could be printed, he destroyed the dominance of Latin as the only language worth knowing.

Gutenberg was a game changer. He undermined the control of monarchs and the ruling class, the church, the political establishment, the Latin speaking elite, the educated upper-class, and probably also the authority and reliance on masters in every field of human endeavour as their previously spoken instructions, to a limited set of apprentices, could now be shared to the world in print.

Gutenberg destroyed the masters in virtually every realm by providing the means to expose knowledge to everyone. The genie was out of the bottle.

Though anger could not save them from what Gutenberg had done.

Today in 2019, 580 years since Gutenberg unleashed his printing press, the powerful are still trying to put the free press and freedom of speech genie back in the bottle.

Their present strategy is to make their knowledge, the element that is the key to retaining authority, as it was in Gutenberg’s day, secret, even Top Secret, and criminalising any action that reveals these secrets to anyone outside their circle of authority.

One of the ways this has been achieved is by enlisting the very core of what should be the free press, granting them almost monopoly rights to information dissemination and transmission and in exchange attaining for themselves the guarantee that their secrets will not be revealed.

The situation is even worse in Australia with two or three media companies and the same technology giants having control. And the Government of Australia has granted them ever wider market access to extend their monopolies. As an aside, it’s both funny and ironic that the Turnbull Government last increased the capacity for Australian media to further consolidate and then Malcolm Turnbull was deposed by that same media for being insufficiently sycophantic to their wishes.

That something was a technology suite, from WikiLeaks, that protected the anonymity of individuals who leaked the secrets of corruption that powerful governments preferred to keep hidden.

The strategy was quite elegant in its simplicity. WikiLeaks recognised that organisations and governments can only succeed if they can communicate their instructions to the operational workforce. If the instructions are legal and legitimate, this can be done publicly and with no need to hide any of these instructions.

What have they got to hide?

If however, the instructions entail illegal or illegitimate actions, then the only way these can be communicated to the entire workforce is as secrets. And to ensure they remain secret the organisation or government must impose a penalty on anyone who breaks that secrecy and divulges the information to person not authorised to see it.

Authoritarian regimes, murderous military organisations, human rights breaching spy agencies, polluting or corrupt organisation, mind control religious cults, and many more examples are available where their ability to continue with the illegal or illegitimate actions or to hide past events all must utilise secrecy and impose punishment on leakers to ensure that secrecy.

WikiLeaks destroyed that ability. Anonymous leaking of illegal or illegitimate actions or events destroys the ability of corrupt organisations to continue being corrupt.

That undermines their authority and control. And that’s what WikiLeaks introduced to the world — a mechanism and technology that was as pivotal to educating, enlightening, and promoting corrective action as was previously achieved by the creation of Gutenberg’s printing press.

WikiLeaks destroyed the masters in virtually every realm by providing the means to expose knowledge worldwide. The genie was out of the bottle.

WikiLeaks’ threat to the powerful was recognised and every effort was, and is, being made to criminalise anonymous leaking, which would be akin to criminalising Gutenberg’s printing press, but there is not much chance this criminalisation will succeed.

Their strategy however, as exposed in a document leaked by WikiLeaks, outlined how WikiLeaks uses trust by protecting the anonymity and identity of leakers and concluded that damaging or destroying this trust would deter leaking; defame Assange and WikiLeaks to kill the threat posed by anonymous leaking.

For 12 years, since 2008, that is exactly what powerful organisations, powerful media and government, powerful military and corrupt corporations have been doing. They are trying to destroy the public’s trust in Julian Assange and, by so doing, destroying the trust in WikiLeaks and ensuring this mechanism of educating the world fails.

Slowly, instance by instance, the malicious and deceitful smears of Julian Assange’s character have been exposed for what they are; an effort to destroy trust in a system of anonymous leaking that will educate everyone. As an example, on Thursday, August 8, 2019, at an event in a pub in Sydney, Mark Davis, a multi-Walkley award winning video journalist destroyed the smear that Assange was cavalier; cavalier that is about the risk of death of informants whose names appeared in documents in one of the sets of releases.

Davis said that, not only was Assange quite worried about the risk, but that The Guardian and New York Times journalists showed little if any worry. The video is here. It is quite remarkable.

As well as these smears, numerous torturous actions were visited on Assange, aimed at achieving not just his discrediting but also to break him mentally and physically.

The UN Special Rapporteur on Torture, Nils Melzer, recently wrote a damning article published on the United Nations Human Rights website describing the situation in detail and comments, “In 20 years of work with victims of war, violence and political persecution I have never seen a group of democratic States ganging up to deliberately isolate, demonise and abuse a single individual for such a long time and with so little regard for human dignity and the rule of law,” Melzer said. “The collective persecution of Julian Assange must end here and now!”.

Sydney based Clinical Psychologist Lissa Johnson has also written about the treatment of Julian Assange ( link ) and the complicit actions of many who turn a blind eye.

“At this democratic crossroads, although establishment media have signalled their reluctance to support Espionage Act charges, in the knowledge they could be next, many nevertheless appear willing to act as instigators of torture, inciting publics to morally disengage, so that states can continue persecuting Julian Assange,” wrote Johnson. “Every act of ‘journalism’ that buries crucial information, and every utterance that vilifies or dehumanises Julian Assange, or sanitises his abuse, is complicit.. “.

It’s time to bring Julian Assange home. Torturing and punishing him has never been legitimate and serves absolutely no purpose.

It’s time to recognise that anonymous leaking is here to stay and promote the world changing benefits that this system of mass education will deliver.

How can I be sure anonymous leaking is here to stay? Like Gutenberg’s printing press, WikiLeaks is not a one-off unit, it is a model for how to approach and overcome an issue. Many printing presses were built after Gutenberg revealed the concept and they were soon powered, automated and churning out printed material in huge volumes.

The same has happened with Julian Assange’s concept of a mechanism and technologies that can support anonymous leaking. A group called The Freedom of The Press Foundation, founded among others by Daniel Ellsberg, the man famous for leaking the Pentagon Papers that exposed the lies about the War in Vietnam, created a freely available WikiLeaks-like system called SecureDrop that is now in use by many news organisations.

And a number of these SecureDrop implementations are multi-national and so shield the recipient from AFP-style raids as they exist out there … somewhere … out of AFP and Australian authority reach … out of the reach of any other nation attempting to clamp down on anonymous leaking.

The WikiLeaks style anonymous leaking genie is out of the bottle and is not going back in.

The Australian Government is seeking comments on its inquiry into Press Freedom. Have your say. 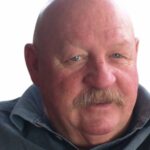 The author Greg Bean has worked with michaelwest.com.au exposing the blow-out in Government spending, particularly in Defence and consultancy contracts involving the Big Four accounting firms. Bean is a long-time advocate of free press and justice for Julian Assange.

While Julian Assange is being persecuted for global leaks in the public interest, the ICIJ (International Consortium of Investigative Journalists) has been praised for disseminating the Panama Papers and other tax data. Both are worthy undertakings, the former exposing US government war crimes, the latter greedy tax tactics of the rich and powerful.

While Assange however has leaked to the public, for all to see, and has had the media viciously turn on him, the ICIJ has played the corporate media game: choosing select, friendly media outlets as partners and only allowing access to these partners. Perhaps 99 per cent of the data remains secreted behind the ICIJ data-walls, hidden to the public.

This only harbours the interests of the world’s biggest tax avoiders and their facilitators – the Big Four accounting firms EY, KPMG, Deloitte and PwC – the engineers of the biggest financial racket in world history. Instead of global media condemnation, Hollywood is producing a film about it … starring Meryl Streep. 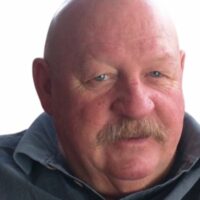 Greg Bean has worked with michaelwest.com.au exposing the blow-out in Government spending, particularly in Defence and consultancy contracts involving the Big Four accounting firms. Bean is a long-time advocate of free press and justice for Julian Assange.